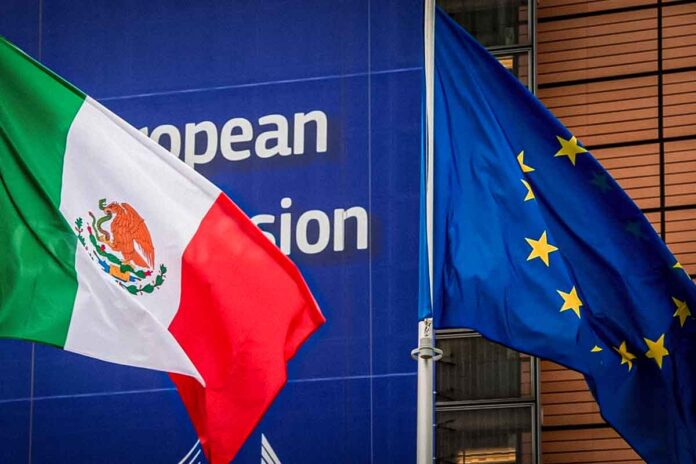 The uncertainty among investors and the apparent lack of interest from the government could jeopardize the ratification of the trade agreement between Mexico and the European Union.

The ratification of the strategic Free Trade Agreement between Mexico and Europe runs the risk of being delayed even more, towards the end of the six-year term due to uncertainty among investors.

Since the end of the last administration, both powers have been in talks to renegotiate the old Free Trade Agreement between the European Union and Mexico (TLCUEM), in force since the beginning of the century. Although the talks officially ended in April 2020, the new version has not yet come into effect. And although European officials and diplomats have shown great interest in finishing the process, ratification is not expected to be completed until the end of 2023.

This ratification has been postponed several times. Since the last administration, there has been the hope of signing the new version of the treaty before the end of the six-year term, and in the middle of last year it was expected to enter into force in the last stretch of 2021. And to that must be added that “in the second semester of 2020 the pandemic revived, then in the first semester of last year it was reborn with force. This probably discouraged the teams from working. The government has been paralyzed for two years,” says Dr. Eliseo Díaz, a researcher in the Department of Economic Studies at the Colegio de la Frontera Norte (Colef).

The delays open the door for the current government rhetoric to put Mexico’s relationship with the European bloc in check. “[Initiatives such as the energy reform] are a real problem because, to sign a trade agreement with a country, you must give guarantees that you are going to comply with the elements that you agreed upon […]. This campaign of beating against Spanish companies, which is the main European investor, causes a lot of political noise and […] could have an impact on the negotiations for the ratification “says Kenneth Smith, partner of the consulting firm Agon and former chief technical negotiator of the USMCA for the Government of Mexico.

There are already signs of how these investment threats are reducing the willingness of European Union members to ratify the treaty quickly. When the president suggested putting a pause in relations between Spain and Mexico, the European country asked the federal administration to remember that the new version of the TLCUEM was still pending entry into force.

To this must be added that the Mexican government probably has no particular interest in speeding up the ratification process. “There is not yet the political will to [ratify the treaty]. I would dare to speculate that no one has explained to the president, or the president is not clear about the context, of the importance of this treaty […]. He doesn’t pay much attention to foreign policy, be it diplomatic or commercial,” says Jorge Molina Larrondo, public policy and international trade consultant and professor at Tecnológico de Monterrey (ITESM).

If there is interest, Mexico could negotiate with the European Union so that the most important economic benefits of the agreement enter into force as soon as possible. “The agreement has three parts: a commercial part, a political part and an investment part,” explains Fernando Ruiz Huarte, general director of the Mexican Business Council for Foreign Trade, Investment and Technology (Comce).

The complexity of the normal ratification process means that the door could be open much longer for the lack of interest of the current government and its rhetoric of uncertainty regarding investments to risk the TLCUEM. “To pass, all the [European Union] parliaments have to review and approve it,” says the Comce specialist. This requires voting on the treaty in 27 different countries, a bureaucratic barrier that in the worst case, according to Fernando Ruiz Huarte, could take several years to resolve.

The commercial weight of the European Union

All specialists agree that the modernization of the TLCUEM would be beneficial for Mexico. In data from the Bank of Mexico (Banxico), the original version of the treaty allowed the value of the commercial relationship between the European Union and the country (expressed by the sum between the value of exports and the value of imports ) to almost be quadruple in the two decades between when the agreement entered into force, in the year 2000, and the end of 2021, and that the participation of the European Union in the total purchases and sales abroad in the country almost doubled.

However, the relationship between the value of imports and exports reveals a significant business opportunity. Despite the fact that Europe is a region with an important consumer market, both in agricultural goods and manufactured products (the two economic activities that led year-on -year and quarterly growth at the end of 2021), Mexico’s negative balance with the European Union has grown quite a bit over time.

The TLCUEM update could change those circumstances. “Europe continues to represent a diversity of opportunities that the vast majority of Mexican exporters are not aware of […]. The Mexican producer considers that it is better to export to the United States […] because dealing with Europe is another world […]. It is a market with a high personal income. This allows you to have the possibility of exporting products with high added value and that they can be paid for their real value”, assures Jorge Molina Larrondo.

It would also allow for greater diversification. According to Eliseo Díaz, “Germany and France have a significant investment in medical devices. [That’s why] their maquiladoras on the Mexican border continued to work [during the pandemic]. And trade with those countries was maintained and even grew a lot in 2021 compared to 2020 […]. At the regional level, this has different manifestations. In 2020, the economy of Baja California is adjusted by 4%, half that of the country. But in Coahuila, which is more closely linked to the United States, the impact on imports and exports was stronger […] and affected its Gross Domestic Product (GDP) by 10%.

Ratifying the renegotiation of the TLCUEM would be an essential requirement for this commercial evolution, due to all the changes that it contemplates with respect to the 2000 agreement. “With the European Union, there were many products without zero-tariff policies, with limited amounts of how much could be sold to the year or export requirements. But [with the renegotiation, especially] with agriculture and agro-industry, the treaty opens up much more. I calculate that more or less 60% of the trade under the first TLCUEM was under open market policies, with this new one it exceeds 90%, opening new opportunities in citrus, meat or fruit”, says Kenneth Smith.

It is not only important to ratify the new version of the TLCUEM to improve Mexico’s trade conditions with the European Union, points out Fernando Ruiz Huarte. Without signing the agreement, it is very likely that the country will not even be able to continue competing with other regions of the world: “There are countries that have preferential treatment over Mexico […]. An example is the banana. While the Mexican banana pays taxes, the one from Ecuador does not. […] There may be a significant increase in the agro-industrial sector, and Mexico may have a greater presence in this sector, which will greatly help its growth and job creation,” he says.

Precisely because of this potential, it is so important to address the elements that could affect the ratification of the new TLCUEM, as well as to work to accelerate its entry into force. And it is that, even if it changes course right now, “there is already a cost, regardless of whether the electricity reform has not been approved, in terms of increasing Mexico’s country risk and generating a negative image among the countries and companies of the European Union regarding the viability of its long-term investments […]. Unilateral measures do not help in this process”, concludes Kenneth Smith.

Dubai wants to conquer the commercial heart of Mexico