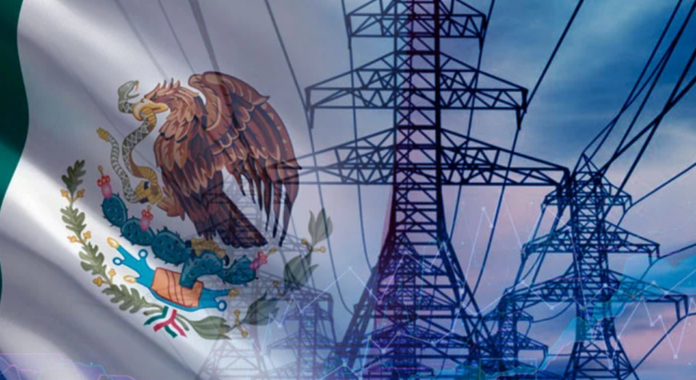 Investors still see the approval of the initiative of the president, Andrés Manuel López Obrador, far away, but the legal scenarios in case of breaching international trade agreements are already in place.

Foreign investors are still waiting for what happens with the electricity reform initiative of the president, Andrés Manuel López Obrador, with which control of the sector would be given to the Federal Electricity Commission (CFE), permits are canceled and private contracts and the energy dispatch of the public company is privileged.

First, you have to wait if it is approved and then know the secondary laws for the implementation of this reform, but until now. Apparently, the initiative does give indications that it could affect certain investors, and if so, it would paint Mexico a scene of legal disputes for violating international trade treaties.

Carlos Véjar, Holland & Knight’s national and international trade lawyer, explains to Forbes Mexico that there are two legal mechanisms that the government can face: investment arbitration and State-State arbitration.

In the first, investors sue the Mexican state, and if the latter loses it has to pay for the direct claims of the companies; in the second where it is a dispute between governments, here the type of penalty may be the imposition of tariffs as Mexico has already done with the United States in the case of cargo and tuna transport, says the specialist.

“It would seem that this reform is not going to affect all the companies in the sector, I think the important thing here is that in this debate that is going to take place if the risks that Mexico could be the subject of demands from investors under Reciprocal Investment Protection and Promotion Agreements (BIT) and free trade agreements with investment chapters, this regardless of the argument that has been made in the sense that in the USMCA no commitments were assumed in the matter energetic ”, clarifies Véjar.

In addition, what is not a violation of the USMCA is false, since there is no exception as such or ignorance of the commitments that have been assumed with individuals.

One of the trade agreements in which Mexico did assume commitments on energy matters with other countries is the Comprehensive and Progressive Trans-Pacific Partnership Agreement (CPTPP), which has already entered into force for Mexico.

“Not all of the members who signed have yet signed it, but by the time this (the electricity reform) comes in, maybe others will join in, the fact is that this commitment is already in force for Mexico right now. And that commitment is replicated by the USMCA ”.

The specialist indicates that although in Chapter 32 of the USMCA, in Article 32.11 it did make reservations regarding the obligations in Chapter 14 (Investment), Chapter 15 (Cross-Border Trade in Services), and Chapter 22 (Companies Property of the State and Designated Monopolies), there are not any that protect a reform like the one proposed by the Executive.

“Mexico has the right to change its policy but it must also be respectful of its commitments in the treaties,” says Carlos Véjar.

Industrialists say that in addition to the cost in compensation to companies for rule changes, there is the threat of blackouts.

AMLO’s electricity reform would cost the country 60 billion dollars that Mexico would have to pay in economic compensation for the change of rules to investors, warned Concamin.

“They are confident of finding a solution through dialogue, some consider that the Mexicans and the government itself would be affected, many are hoping that it will not be approved and reach an understanding with the government,” he concludes

Therefore, he asserted that the current situation is complex, and with the approved presidential initiative, he did not rule out constant blackouts.

In this sense, the president of the Concamin Energy Commission, who calculated that AMLO’s electricity reform would cost the country 60 billion dollars for contract cancellations, said that CFE’s operating costs are more expensive than private generators of renewable energies, this is thousand 403 megawatt-hours (MWh) against 401 MWh.

While a discussion process is underway for its approval, foreign investors view the initiative with great caution, since no one wants a lawsuit with the Mexican government.

Myth and Reality: How much do I need to earn to be middle class in Mexico?

VIDEOS: Networks report UFOs and lights from Yucatan to San Diego and from Colombia to Tijuana