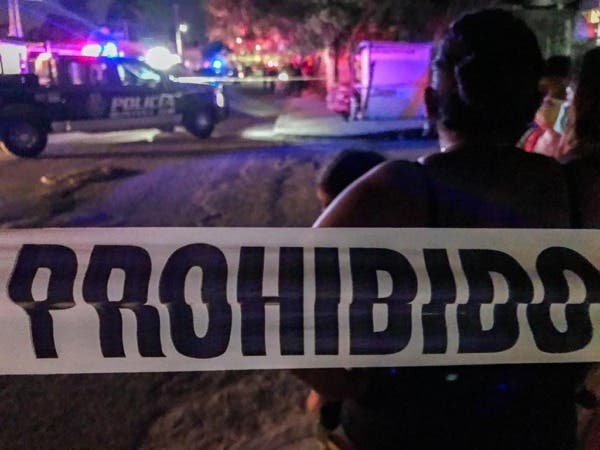 MÉRIDA YUCATAN.- Last night there was an alleged attempt to kidnap a young woman in the streets of the Juan Pablo II subdivision, but two neighbors intervened and prevented the kidnapping.

According to a message from the victim on social media, the events occurred on 32nd avenue, near the Nuestra Señora del Rosario church.

Cecilia A. narrated that she was walking on the aforementioned avenue when suddenly two subjects aboard a red Jeep approached.

They try to put her in a van

The “foreign-looking” men, according to the woman, blocked her way and tried to get her into the truck, but two neighbors recognized her and came to help her.

“The men got out of their truck to beat them, breaking away their mirror, then they got into their vehicles and followed my neighbors to their house threatening them,” she wrote.

According to the publication, the subjects threatened the neighbors: “If you keep getting into my business, I’m going to shoot you.”

“When they saw that the neighbors came out they got into their truck and left,” she said.

Called to be careful

In her message the young woman calls on women to be careful.

“Miracle friends today and thanks to these 2 people who helped me I can tell it, I am very afraid of going out on the street again.”

Likewise, it indicated that the police of the Poniente Sector were notified but, according to it, they did not pay attention.