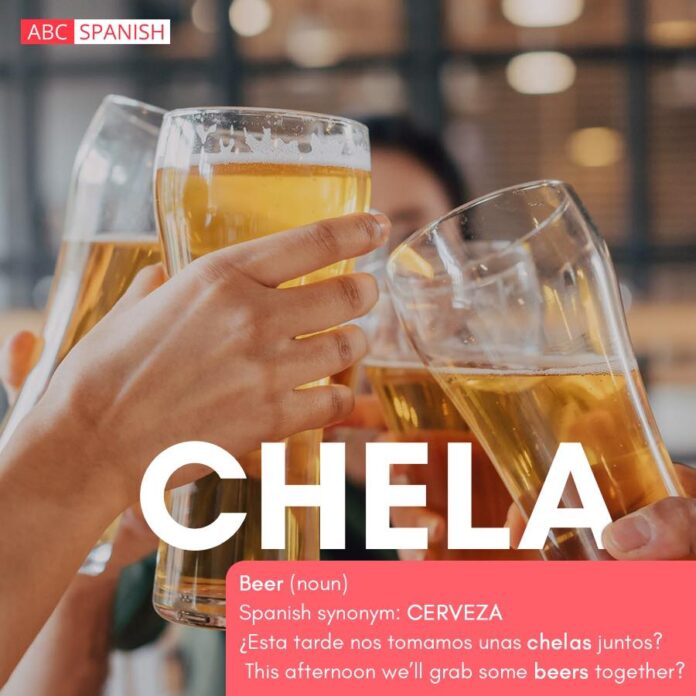 Vamos por unas chelas? This is a phrase that more than one loves to hear, or say, but do you know why beer is called chela in Mexico? Here we tell you.

The beer has had various nicknames in different countries whether speaking or not, is that this noble drink made of hops and barley is the favorite of many people. In countries like Colombia it is called “pola”, in Ecuador it is referred to as “biela”, in Argentina, Venezuela and Uruguay it is known as “birra”.

Everything goes back to the state of Yucatán and is that in that place the Superior brand beer was manufactured, said company was born in Veracruz and was part of the Cervecería Moctezuma group. Because its slogan was “The blonde that everyone wants” for being a lager type beer, the factory workers who were mostly of Mayan origin began to call the beer “chel”, which in Mayan could be translated as blond; little by little it was deformed to “chela” and spread to a good part of the country.

Why is beer called chela?

Since those days, beer has been popularly called “chela” and in various parts of the republic it is known this way, although in the north of the country it is called “cheve”.

This is an example of how the culture of each country influences various aspects of daily life and has such a great impact that it lasts to this day.

In every country in the world, they usually have a colloquial word to call beer outside this global term, an informal way to define this alcoholic consumption that is one of the most popular drinks on the planet. Let’s see how beer is said in some countries of the world.

Drinking a Fria one is used in countries like Guatemala, the Dominican Republic, Puerto Rico or Paraguay.

In the United States, terms such as Brewski or cold one are used.

Birra is a word that is used in Argentina, Venezuela or Spain, also in Spain it is called caña.

In Honduras and El Salvador they are called Heladas.

In the UK Pint is used.

In Nicaragua the most popular term for beer is Bicha.

The most famous form in Mexico is Chela, this word is also used in Chile, Bolivia and Peru.

In Cuba Lagarto or Laguer is used.

Pinta is the most prominent word to say to beer in Panama.