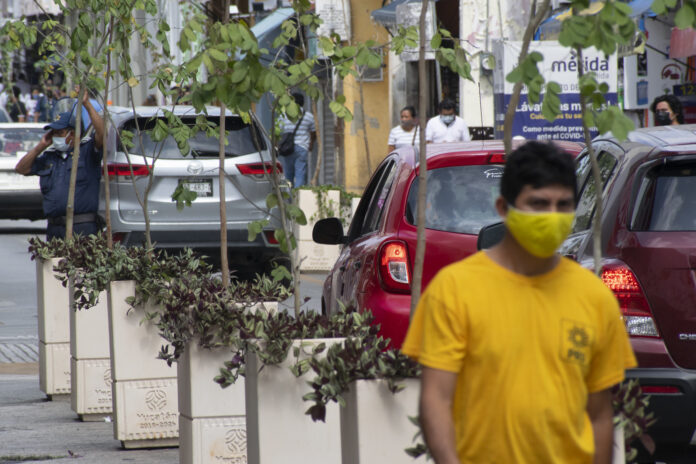 The head of the Tourism Development Secretariat (Sefotur), Michelle Fridman Hirsch, affirmed that the elimination of the vehicle restriction will favor the tourism sector and will contribute to the economic recovery of the sector and the return of investments.

“It is part of what is needed for tourists to know that they can come to Yucatan and spend more time without so many restrictions,” he said; however, this is also a wake-up call for people to do this reactivation responsibly, he added.

According to the official, even before the pandemic there would be a record of 22 billion pesos in new infrastructure works in the six regions of the state, which are already being reactivated little by little, as could be observed in Valladolid, where The governor of Yucatán announced new investments for the tourism sector in this region this past May 12.

In turn, the official indicated that the recently launched 365 days campaign in Yucatán has been well received, and has generated many benefits, such as promoting the attractions in the state among the locals, staying and making internal consumption. “It has allowed us to publicize an endless number of products, there is always something new to know and we have surprised many people,” he said.

The official said that there has been an increase in local domestic tourism in cenotes, parks, and they stay in these spaces for a long time, not just one night, although they do not have concrete data on this increase.

He also indicated that Sefotur has a sustainable development plan so that tourism benefits more Yucatecans. “Tourism is inclusive, it is a noble economic activity and brings benefits to many municipalities because we provide training, we promote them, we help create new products and we manage investments.”

Regarding tourism in the new two Magic Towns (Sisal and Maní), Fridman Hirsch indicated that the state government invested a small resource in terms of infrastructure in both communities to improve their image, “in the port (Sisal) they were made work on the dock, and in Maní, in its main square ”, he explained.

In addition, he announced that a lot of private investment will soon arrive for the two towns, which, in conjunction with the state authorities, will serve to offer better attractions to the visitors who arrive; at the same time that they will generate sources of employment and spilled for the settlers.

For his part, the president of the Mexican Association of Hotels in Yucatán (AMHY), Juan José Martín Pacheco, recognized that the elimination of restrictions will boost the arrival of tourists and increase hotel occupancy and represents a boost for the sector that has been severely hit by the pandemic.

“It is a boost to many activities, which will reflect benefit in the hotels of Merida and other municipalities, since tourists will be able to circulate without restriction and without the worry of being sanctioned for being outside the hours established by the pandemic.”

In turn, he indicated that with the increase in capacity in some places, the opening of professional sports event sites in open spaces and the operation of economic activities without restriction of hours, it is expected to stimulate the arrival of tourists and increase hotel occupancy. in the entity.

For the hotel leader, now businessmen and authorities have to join efforts to reactivate the tourism promotion of Yucatan, to show the entity as a safe destination in health care, because in the businesses of the sector all protocols are met sanitary.

In the case of hotels, he affirmed, those associated with this body are complying with the sanitary regulations and measures, and now as part of the commitment to the health of tourists and employees, they will be reinforced, since as of this May 13 a new stage of reactivation will begin that can help mitigate losses of more than a year.

Martín Pacheco considered it essential to carry out actions to promote the state jointly between the private initiative and the state and municipal governments, in order to attract more visitors to the entity and that the tourism sector have a respite after more than 12 months of inactivity or partial operation.

“Although this is a reactivation, it is also a commitment that we must all assume, it is to continue applying the measures and protocols to avoid possible outbreaks of Covid-19,” he stressed.

Juan José Martín Pacheco assured that the economy begins to have a reactivation, but health cannot be put aside, therefore it will be important not to lower the measures and continue to raise awareness among citizens and employees, of the businesses in the field, about the need to continue applying sanitary measures.