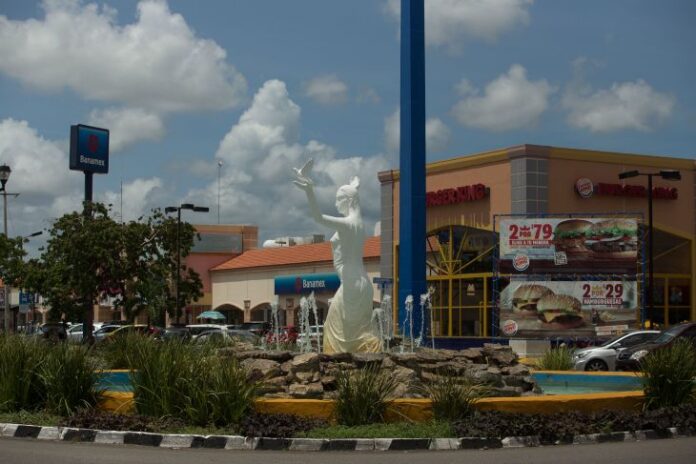 The history of Francisco de Montejo is a history of conquests. It was founded in the early nineties, near the peripheral ring in the north of the city of Mérida. Years ago it had already reached its “top” in its housing occupation but it has continued to grow until it becomes the largest subdivision within the peripheral ring.

At her business, Adriana Márquez takes a break from work (relaxing massages and facials) to make coffee. It is a typical morning when she receives her best friend, Flor Jiménez, and they have breakfast together. The background music is relaxing, smells of vanilla incense.

The conquest of love

While the three of us had coffee, Adriana tells how she came to this house from the first stage of Francisco de Montejo in 1992. She and her husband met in an accounting office and became friends with a group of five couples: “Pretend that We went to Chichen Itzá on Sundays, we even had photos posing the same ”.

One day, one of them invited them to her house because her parents were going on a trip. The plan was to invite their boyfriends to dinner and then each one to go home, but they drank a lot and couldn’t drive back. Anyway, they ran them off and the bride and groom returned with a serenade. He remembers it as a fun night and one of those things that makes a friendship closer.

Three months later, all the couples married to have a house in Francisco de Montejo.

“It was a prerequisite to be civilly married to get a house. One of them convinced us to get to know the new subdivision. And they were all my bridesmaids, ”she says.

The name of the colony comes from the “founder” of Mérida (although the Mayan city of T’Hó already existed), the Spanish Francisco de Montejo y León “el Mozo.” The perfect patronymic for a series of constructions that began around then Chuburná town.

“It was you know how? Like when explorers arrive at a place and say Earth in sight ”, says Adriana.

The two friends agree that it was a change they wanted, moving from the south to the north at that time felt like progress. ” Poch rich!” Flor says and they both laugh. The houses sold so fast that Adriana managed to get married but not to get one.

A short time later, before the construction was finished, she went to work as a secretary for one of the construction companies in charge of the subdivision. She did not know that the company was going to build the first stage of Francisco de Montejo. “Then I said: There is hope. I told Paty (her friend and co-worker) that I wanted a house but there wasn’t anymore and she told me: ‘Grab mine.’

His was a house that is now close to two of the main avenues of Francisco de Montejo, where he lives with his family and also has his business.

The conquest of concrete

Almost any service is a few blocks away but still, people move by car. There are few people by bicycle or on foot in its always busy streets, and it is understandable: the subdivision is designed for consumption but not for coexistence.

In the article “The street and housing: relations between public space and community life” by the architects María Elena Torres, Gladys Arana, and Yolanda Fernández, it is explained that the street is an extension of private space:

“The street as a space for enjoyment and commerce has yielded the privileged space of the inhabitant to the vehicle, leaving aside the street as a place of expression of cultural identity,” they write.

This motivates confinement and isolation at home, instead of promoting community use of the street, strengthening the link between public and private for community socio-cultural cohesion.

On the ridges, there are trees with sad faces drawn in protest at the logging and the unbearable urban planning that increases the thermal sensation in that area by several degrees.

For population density, public green areas are insufficient. The houses have little space to plant and the urban landmarks (emblematic spaces of an area), according to a study by the Fundación Parques de México, AC, are the glorieta de la Mestiza, the Scotiabank and the UNID.

“Before we did a lot of exercise. All the neighbors were where Las Palmas is now. You could freely go for a walk or run on the avenue, it was all yours. I used to go to walk two kilometers early and as the years went by it was more dangerous because of the traffic, until one day I said: I can’t go out anymore, ”says Flor.

The conquest of cars

The discussion about space, services, and green areas in the subdivision began almost from its foundation. Flor moved in 1994 in the second stage and recalls that a couple of years later there was a controversy to occupy the space of the Arboledas park to build.

“A man, I don’t remember his name, he was a scout and he tied himself to the cement cross in the park, so that the trees would not be cut down. It is an issue that has been dragging on ”, he says.

Adriana agrees because she remembers that before the pandemic, she ran into a protest in Arboledas Park and a reporter asked her if she agreed with a hospital. She said yes.

“A lady started yelling at me. He told me “You’re not from this park!”, But I’m a neighbor. What happened to me? When my month-old daughter got sick I had to call a taxi because I didn’t know how to drive and on the way, my baby threw up and the taxi driver got me off. At 10 o’clock at night and I did not know what to do ”, he says.

The arguments of the neighbors were not only the trees, since it has been proposed to locate the hospital in another place, but they also do not want (or wanted because now they have no other option) to listen to the ambulances day and night.

“The lack of empathy,” says Adriana.

After what happened to him, he had to learn to drive.

The closest public clinic to Francisco de Montejo belongs to the Mexican Institute of Social Security and is in Chuburná, about four kilometers from the subdivision. However, this IMSS is overrun and the beneficiaries who live in Francisco have to go to Caucel, which is nine kilometers away and on the other side of the peripheral.

The land that was obtained in 2016 to build the Francisco de Montejo IMSS Family Unit is now a large parking lot.

The largest subdivision in Mérida has practically any line of business and plenty of it, but it does not have a hospital or enough green areas or spaces for neighborhood coexistence. A decade ago, Noemí Loría Bote, an architecture student, did a bachelor’s thesis to propose a cultural center in the subdivision.

The fact that it is a commercial area also raises the price of services, say both. “And if you go further for the last stages, it is even more expensive.”

Adriana points out that when she worked in the construction company of the subdivision, she heard of caves that were in the grounds of the houses and that they were covered. The neighbor across the street told him that once she was sleeping and the day was so quiet that she began to hear something on the ground, put her ear to her ear, and heard running water.

There was a time when the neighbors shared some things: ramadas, parties, neighborhood watches, but it was diluted.

“Although it has always been a bit like this for everyone in their house, right, Adri?”, Says Flor.

They live a few blocks away, the avenue of Super Aki is the only thing that divides their houses, but they did not know each other because of the proximity of their homes, but because, before getting married, their husbands were neighbors in a southern neighborhood and they were friends since children.

“In fact, I didn’t know Adriana. But that’s another story! ”, she concludes.