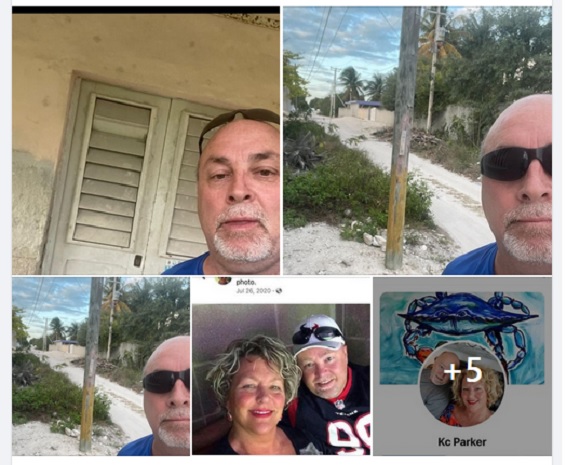 On February 1st, The Yucatan Post editor received a letter from an American woman who claims that her husband was openly hiding from Texas warrants in the Yucatan, and after the article was published, the Mexico Daily Post contacted Mr. Rick Parker to give him the right of reply.

This is a verbatim rendition of the exact words sent by Mr. Parker:

Hello I’m Rick Parker and this is my response to the statements made by Sonia Hernandez-Parker:

I am not hiding out in Mexico, I am not a fugitive, and I’ve never run from active warrants. I was on vacation and she filled false charges because I wouldn’t return her calls or messages from 1/21/22.

I am not an ex cop nor ever have been. I was a warehouse manager for 30 plus years.

Kim and Jason Parker have never spoken to Sonia Parker, that is a fabricated lie.
I have spoken to either of them for over 4 and a half years.

A gun was never stolen, it has been on the property and I hid the weapon because I feared for my life. She and her son have been abusing me for 9 years.

This woman is bipolar, she is constantly on Xanax and other prescription drugs, she is also an abusive alcoholic. She makes up stories to suit her needs. I have never ever laid hands on her or threatened her or her children. The house is cohabitated by the 4 of us.

She says I cut the alarm system’s wires, the system is wireless, there are no wires to cut.
Then, the reason for me wearing ankle monitors twice was that she filled charges that were later dismissed and she bailed me out both times.

I was visiting my brother in Chelem, Yucatan, but now, the story on The Yucatan Post has gone viral in their hometown. My sister-in-law saw this and asked me to leave.

I never knew about any active warrants until this past weekend. I have made arrangements to end my vacation to go back to the United States at the end of this week to face these false accusations.

Thank you for listening to my side of this fabrication.

The Mexico Daily Post decided to contact Mr. Rick Parker to give him the right of reply, in order to hear both sides of the story.