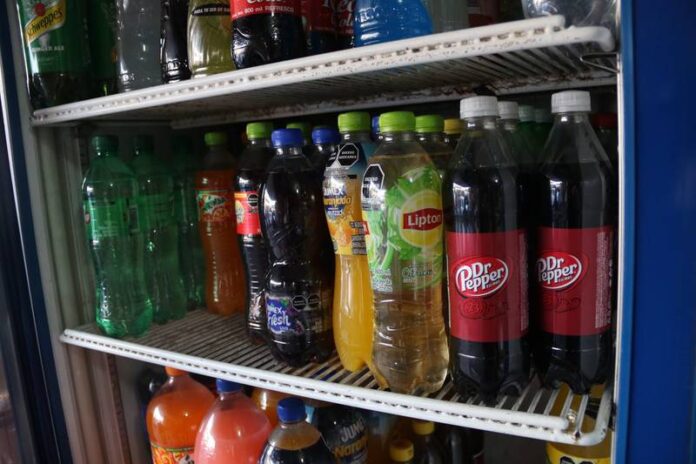 Between 2012 and 2022, per capita consumption of both plain and flavored bottled water grew by 50 percent.

The campaign against soft drinks launched by the government and the need for Mexicans to improve their consumption habits, after two years of the health emergency due to the coronavirus, boosted sales of bottled water and flavored drinks, ‘weakening’ the performance of marketing of soft drinks

For this year it is projected that Mexico will be the fourth largest consumer of bottled water in the world, with a market valued at 15 thousand 896 million dollars, only behind the United States, China, and Germany, according to Statista.

Although flavored water like soft drinks faces the calorie tax that went into effect in 2014, its consumption has not been demonized, Lehman added.

The two most representative bottlers in the country and for Coca-Cola Mexico, Coca-Cola FEMSA (KOF) and Arca Continental (AC), reported double-digit growth in their water and non-carbonated portfolios, while soft drinks barely recovered to levels prior to the Covid-19 pandemic.

For the KOF bottler, which serves the center and southeast of the country, the volume of sales of bottled water and non-carbonated beverages grew 17.2 percent annually in 2021, while its soft drink portfolio only increased 0.7 percent annually.

Meanwhile, Arca Continental, which operates the Coca-Cola portfolio in the north of the country, increased its sales of water and non-carbonated water by 14.6 percent annually, and soft drinks by 2.6 percent.

“Part of this growth in non-carbonated beverages and water would be explained by generational changes in the population of Mexico, where younger segments of the population, even with a greater degree of concern about health, may be changing to a certain extent point consumption patterns towards beverages with a less negative connotation in terms of health, particularly in terms of high caloric content”, commented Marco Montañez, deputy director of analysis for Vector.

“Water is the one with the greatest growth in volumes, the part of soft drinks fell with the pandemic because it is a product that is called ‘on the go’ and at events, it is where they were weakened, and water continued to grow, responds to the consumer’s change to look for healthier products”, considered Marisol Huerta, an analyst at Ve Por Más.

In the water market, the favorite brands are Levité with a 20.5 percent market share, followed by Bonafont with 10.5 percent, both belonging to the Danone Group; and in the third position is Ciel with 10.4 percent of the market, data from Euromonitor indicate.

“The Coca-Cola brand achieved growth for the sixth consecutive year, closing 2021 with an increase of 2.8 percent (in sales), a result was mainly driven by the relaunch of Coca-Cola Sin Azúcar”, highlighted the AC bottler.

Currently, 55 percent of the beverages sold in the country are low or zero calories, according to the National Association of Producers of Soft Drinks and Carbonated Waters (ANPRAC).

Cat Day 2022: Why is it celebrated three times a year?