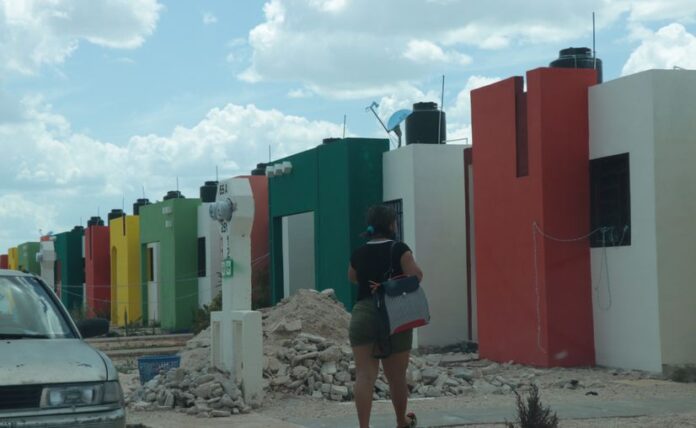 Given the increase in steel consumption in the Chinese market giant, the price of this input is expected to continue upward and directly impact the cost of houses in the second half of the year, warned the National Chamber of Development and Industry. Housing Promotion ( Canadevi) Yucatán delegation.

The president of the group in Yucatan, Eduardo Ancona Cámara, pointed out that in the first half of the year the reactivation of the purchase of steel from the Asian country increased the price of Yucatecan homes by 6 percent.

He explained that, worldwide, there is an increase in costs due to the high consumption in China, a country that, after the Covid-19 pandemic, resumed its economic development. Another factor that will affect the cost of new houses for the state and the Yucatan Peninsula is the shortage of labor.

25 thousand people that Inegi estimates are dedicated to this activity throughout the State will return to their work, it is considered one of the riskiest trades where the salary does not compare with the danger faced by bricklayers. while doing your job.

Jorge Mukul Itzá, 33 years old, who began to exercise this trade since he was 15, it is necessary that salaries improve because a large part of the builders come from other municipalities, so the cost of transportation and food absorb a significant percentage of your salary.

Originally from Tixpéhual, he receives around $ 2,000 per week, but due to the high cost of transportation he preferred to buy a motorcycle, thus saving around $ 100 per week. He spends $ 66 daily to move from his municipality to a neighborhood located in the north of the city, where he currently works.

He assures that it is also important that masons have Social Security, a benefit that a large part of the union does not have and if they are assured their salary is reduced considerably, so they “risk” working that way.

Although there is no census to calculate how many minors work in the construction industry, it is known that from an early age parents take their children to learn “the job”, due to the low economic conditions suffered by many families, who cannot afford the education of their children.

In addition, the idea persists that this trade is learned from generation to generation, there is no school where it is taught to be a bricklayer, all the techniques, such as gluing floors or finishing, are taught by people who have been in the field of construction for several years. construction.

In his more than 40 years of experience in the construction industry, Eusebio Moo Tec comments that many of the construction companies do not meet the wage demands of the workers, not even of the engineers and architects who have been earning about 2,400 pesos a year. week.

»It is a pity that professionals who call themselves engineers and architects are earning very low salaries, after burning their eyelashes in their career, the vast majority are professionals with limited resources whose families gave every penny to complete their studies and for the lack of capital they cannot set up a construction company », said Eusebio Moo Tec.

In that context, the Secretary General provided a list of Tabs:

Masons in Yucatán are scarce

“The increase in the cost of labor has been tremendous in the last two months, that the masonry is 100 percent occupied, by all the real estate developments that are coming, but also by the development of Quintana Roo and, in specific, from Tulum ”, he commented.

He added that the businessmen of the branch had to adjust the tabulators by 20 percent to the salary of the workers so that they would remain working in the State; Although it is an extra income for their families, in the end, it is reflected in the final price of the house.

“That is why we estimate that the value of homes, steel, and labor, has risen by 6 percent. Now it is important to tell him that these increases were in the last two or three months, “he said. He pointed out that by the end of this year, the State’s housing development is expected to continue to be in Mérida and on the coast, with projects in places like Chuburná and Sisal.