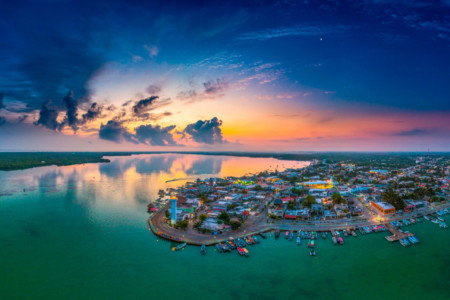 Izamal was the pioneer in these appointments.

MÉRIDA, YUCATAN. – The Secretariat of Tourism Development of the State Government (Sefotur)called on companies to manage the candidacy of a new magical town in Yucatan, which will be added to the existing ones: Izamal, Valladolid, Sisal and Maní.

One of the possible candidates in the State to run for this appointment is Rio Lagartos.

Through public tender SFT-L2-2021, published the day before yesterday in the Official Journal of the State Government, the agency announced the contracting of various services for the Undersecretariat for Sustainable Tourism Development, dependent on the Sefotur, divided into three items.

The first is for the hiring of professional and technical service, called “creation of the gastronomic policy of Yucatan”; the second is for the elaboration of studies and researches of a socio-economic nature “to manage the candidacy of new magical towns for Yucatan”.

The third is for the hiring of professional service for “the analysis of the market and the integration of files for tourism products in the magical towns of Izamal, Valladolid, Sisal and Mani, to be carried out in the months of August, September and October, in order to nominate them in the candidacies of the diversification of Mexican tourism products for the Tianguis Turístico de México 2021.

Companies interested in participating will have until June 29 to acquire the bases, which have a cost of five thousand pesos; on the first of July there will be a clarification meeting; the opening ceremony will be on the 6th of that month and the ruling of the winning company on the 9th.

As will be recalled, in December of last year it was announced that both Sisal and Maní received the designation of magical towns, which expanded the tourist offer of Yucatan around this area, since they joined Izamal and Valladolid, two places that consolidate their tourist and service infrastructure.