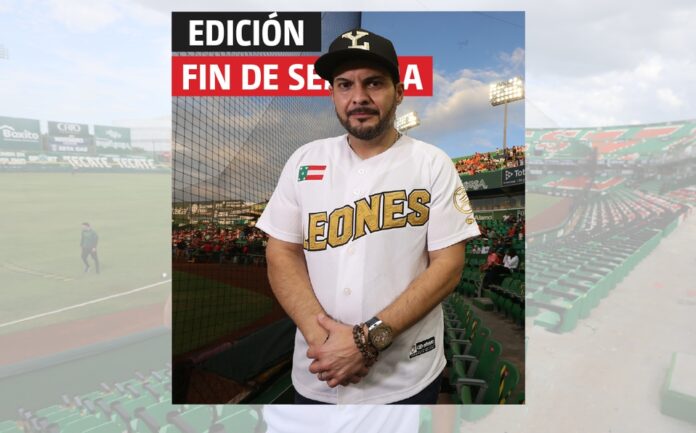 Juan José Arellano, head of the Arhe Group, in Sinaloa, where he is originally from, spoke with MILENIO about tourism, the joint investment of 650 million pesos he made in 2019 with Grupo Posadas.

Juan José Arellano Hernández acknowledges that 2020 was a complicated year, but is confident that 2021 will be much better at the tourist level. Head of the Arhe Group, in Sinaloa, where he is originally from, and president of the Administrative Council of Leones of Yucatan of the Mexican Baseball League, spoke about tourism, the joint investment of 650 million pesos he made in 2019 with Grupo Posadas in a hotel and commercial project in Mazatlan, and the new baseball stadium in Mérida.

How is the alliance you have with the Posadas hotel group going?

It has been a challenge for Arhe and Posadas; in the projections we never contemplated this global crisis that made us reflect on what the actions were and discern what was in our hands; we all face the effects of this pandemic, but because of the great team we have, the managers have made the right decisions, they have practically reinvented themselves, it was understood that the crisis has to be worked differently and that has been the differentiating factor. Today investment is not at risk, Grupo Arhe knows that it is undoubtedly an alliance where new sources of employment are generated; where a profitability is obtained but the city is rewarded, where we participate actively fulfilling the role that corresponds to us.

Will the alliance with Grupo Posadas continue?

Grupo Arhe has been respectful of the commitments we have made; we know that Posadas, like so many groups, has had complications, but we are very respectful. We have full confidence in the alliances and what better way than to support this Mexican company. There are very few countries that can react to the crisis and this is a challenge from which I have no doubt that we will both succeed. I have no doubt that it will be the profitable business we plan.

How is the construction of the baseball stadium for Leones de Yucatán and Venados de Mérida going?

There is great expectation with this project. Grupo Arhe has always been characterized by adding and have asked us for support to participate in this project that can undoubtedly generate a differentiating factor. It is a huge investment of private initiative; Grupo Arhe is convinced that as long as we are generating added value to our city, to our franchise, and impact in a positive way, we must be supporting any initiative of this nature. We have been told that negotiations on all architectural processes and plans are well advanced; we have been there for support.

Do you think Leones de Yucatán can reactivate tourism?

We are promoters. Arhe Group over the years has been characterized by betting on tourism; however, we have our investments concentrated in a large percentage in Mazatlan, where we are natives. Tourism anywhere generates a capital gain, a growth to the city and Yucatan has always had European tourism;

I have even had to see in the Asian corridors and we have always been on the lookout for a nice experience. My dream is to bind Merida and Mazatlan because they are an example to follow in terms of security and investment opportunities.

I have had the good fortune to talk with the governors of Sinaloa and Yucatan, with the municipal presidents of Mazatlan and Merida and always take the good of each strategy.

Arhe Group over the years has been characterized by betting on tourism. | Photo: Special

The businessman adds that for him “it is a pride to set the example of Mérida anywhere in the world, but especially in Mazatlan. Guarantee the experiences of the tourist and feel safe, that the experiences can be guaranteed in that very important value that this beautiful and beautiful city provides”.

What is the expectation of tourism with the stadium?

There must certainly be a major market study behind it, an investment of this nature is underpinned by solid foundations. Being as objective as possible, Merida lives a moment where it can bring any investment and we can compete with any real estate development in Mexico and the world. I think that everything that Merida offers to tourists without a doubt make them a great location for investment; there must be a certainty that the area where the stadium will be will generate a huge added value and I have no doubt that this real estate business will be a success.

What is the situation of tourism in Mazatlan?

Without a doubt Mazatlan is a destination that over the years had a stagnation, where investments were focused on other tourist destinations and that led us to reflect and take some time of analysis to know what was being done wrong. At the moment there is a great expectation of the business community that has struggled a lot.

José Alfredo (Jiménez) was not wrong when in his song he said that “even a poor man feels like a millionaire”.

Mazatlan is preparing the ground for the large investments that are being made. We have been announcing major real estate investments, we have acquired and made hotels, remodeled hotels, obviously with the confidence of our financial creditors. All that work that over the years we have done, today is a reality, the resurgence of Mazatlan and position the tourist destination as in the 70s and 80s; we will certainly work hard.

Mazatlan is a destination that over the years had a stagnation, | Photo: Special

How has the tourist recovery gone in Mazatlan?

It has been very good. We have been aware of the health situation due to the pandemic and we have tried to ensure that with health restrictions businesses can be as efficient and profitable as possible. We have sacrificed the least number of sources of employment, which was a headache for all entrepreneurs in Mazatlan. The strategy is giving us the fruits we expected, since March and April have been increasing the percentages of hotel occupancy in a very positive way. Honestly, without sounding like a presumption, in a very short period of time we are going to start making known to Mexico and abroad all that potential that we have as a tourist destination.

Where do most tourists come from?

Obviously, the construction of the Mazatlan-Durango highway gave connectivity and a rapprochement to all those of Monterrey, Nuevo León; from Torreón, Coahuila, and Durango, and today many people arrive. On weekends we notice the people of Torreón.

Without a doubt one of the successes of the state government was to be able to achieve El Kraken, that beautiful stadium in Mazatlan has allowed us to have people who did not know the city and everything in it. It has been the effort of many years and the support that was had for this tourist destination that for several years was struggling to survive.

The Mazatleco is a very forward-looking person, a service provider and is a tourist destination that surprises with its culture and gastronomy.

What is the main attraction of Mazatlan and what audience do you call the most?

We have a historic center and we notice the presence of people who like that type of attractions, we have a beautiful lighthouse, more and more sports tourism that comes with its bicycle to travel the boardwalk and the beaches; our magical and imperial peoples; our gastronomy and it is a diversity of tourism that is coming.

We can honestly aspire to a very diversified tourism; it certainly offers a great sports entertainment center with fishing and very few tourist destinations have that diversity. It will once again be the tourist destination it once was.

What events can the tourist who wants to be surprised with Mazatlan expect?

Efforts are being made to hold events of international stature so that once the health conditions allow it, artists of different genres will go to project our tourist destination. We are the cathedral of Sinaloan music, the band is a pride of our state and Mazatlan, the best bands have come out of there, it is an industry that is very precious in the United States and we are very proud to dignify it because it is part of our culture. There is talk of making a square for tourists who like regional music from Sinaloa and expectations are very high.