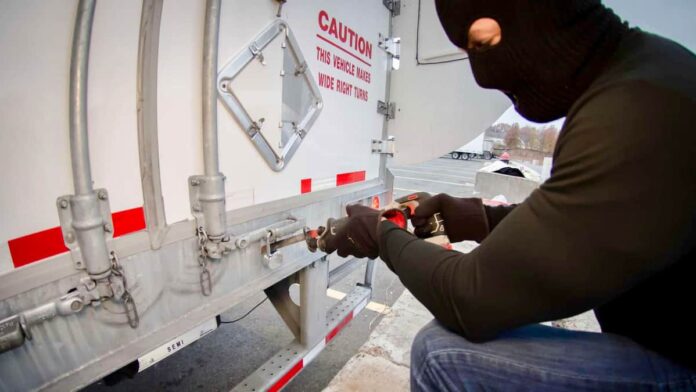 Mèrida, Yucatàn, (July 16, 2021).- In Yucatán, five individuals who were engaged in the theft of cargo trucks in different states of the Mexican Republic were arrested in Yucatan.

In Campeche, the Police captured two other individuals, and they are all part of a criminal cell dedicated to the theft of cargo trucks in the country.

A joint investigation by the Yucatan, Campeche, and Quintana Roo Police corporations, managed to dismantle this criminal cell.

As a result of exhaustive work, agents of the State Investigation Police (PEI) of the Public Security Secretariat (SSP) and the State Attorney General’s Office (FGE), in coordination with their peninsular counterparts, captured five subjects in Yucatán for their probable participation in criminal acts.

The modus operandi of the gang, which commits crimes in the aforementioned entities, as well as in Veracruz, Tabasco, and Puebla, consists of surprising the truck driver while he is taking a break in the vehicle’s cabin, they subdue him, take him to a hill or isolated place, sometimes beat them up, and then abandon them, while their accomplices ransack the truck.

The five subjects were detained during an operation in Yucatecan territory.

The agents confirmed through Plataforma México that the detainees have been previously processed for the same crimes.

As for the merchandise stolen from the trucks, the criminal gang uses parcel companies, to send the stolen goods to Mexico City and Puebla.

The intense police work relied on technological tools such as video surveillance and data analysis systems, in order to gather information and evidence for the location and arrest of those likely responsible.

The joint investigation is still open to capture other possible persons implicated in the events.

The success of the joint investigation is also the result of citizen participation, with their reports to the 9-1-1 emergency number, and with the collaboration of individuals who provided videotapes of their homes and businesses.