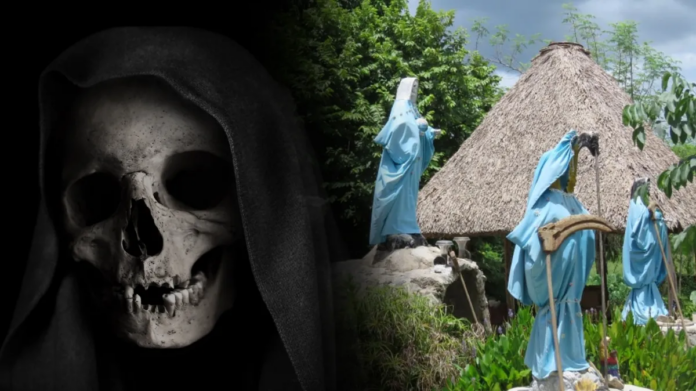 In two years there has been an increase in the number of devotees of Santa Muerte in Mérida mainly due to new arrivals from outside Yucatan.

Karla Campos López, spiritual guide of the shrine to Santa Muerte in Mérida, said that there has been an increase in followers of the ‘Niña Blanca’.

Campos López has its sanctuary in Melitón Salazar, located in the south of the city for eight years, which has been growing.

He assured that in 2018 there were about 30 thousand believers and in two years it has reached around 100 thousand followers.

The spiritual guide, originally from Veracruz, said she has 34 years of devotion by inheritance and 21 by her own choice.

For her, promoting the cult of the ‘ White Girl ‘ as they usually say, has meant healthy growth, which she said that for the Yucatecans it is seen with greater acceptance and less prejudice despite the fact that ‘they are given to their customs and traditions by the way they have grown ‘.

Karla Campos said that the cult has existed for many years under different names, in addition to the fact that in different cultures of the world there was some kind of homage or tribute to the ‘Santa Muerte’.

Where did the devotion to Santa Muerte come from?

The devotion to Santa Muerte had its origins in the city of Catemaco, Veracruz, taking an important boom in the 60s and 70s due to the impact caused by the appearance of her image because the city is considered by the occult, magic that surrounds it, and since it is a place where a lot of sorcery is practiced.

Campos López stated that devotion to this popular figure is not witchcraft, nor is it a religion.

He explained that it is a cult of veneration, as is usually done to any saint or deity.

As every year, on October 31, November 1, and 2, the eighth march in honor of Santa Muerte was held, which aimed to demonstrate to the public that its members are part of a cult of faith, love, and brotherhood. It is worth mentioning that year after year visitors from other parts of the country are expected.