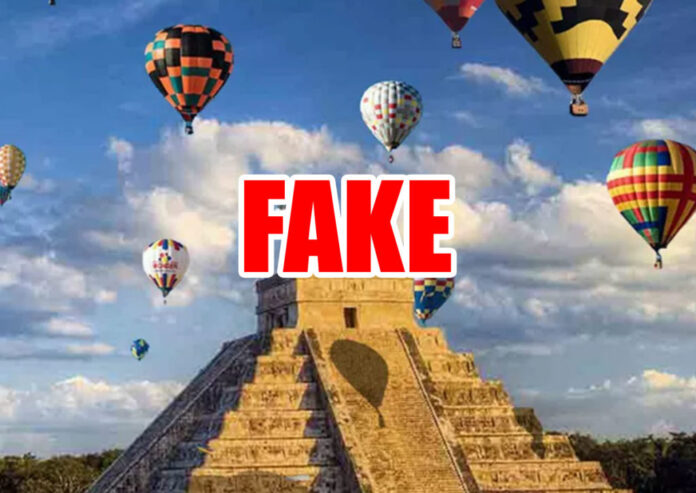 INAH Authorities went on to point out that no authorization has been requested, much less approved for such activities.

“Chichén Itzá is run by the INAH, and as such is entirely under its purview. Flying an aircraft without written authorization would be a federal crime that would surely land participants in prison, said José Arturo Chab Cárdenas, of the INAH’s legal department.

The fake advertisements seem to have also tricked several news agencies, like Novedades de Yucatán into believing that balloon rides over Chichén Itzá were in fact real.

The scammers selling fraudulent hot air balloon trips operate mainly online and prompt would-be passengers to make deposits of thousands of pesos to bank accounts via deposits at convenience stores such as Oxxo.

But once victims of the scam have made their deposit they never hear back from the so-called hot air balloon operator again.

According to a website offering fraudulent trips, the next scheduled departure is scheduled for Dec. 18.

Fraud targeting tourists in Mexico has become a serious problem. Authorities recommend that visitors do their research and only do business with well-established and reputable agencies.

Another often cited solution is to enforce strict regulations which would compel all travel agencies to be part of a national association, with a focus on accountability.