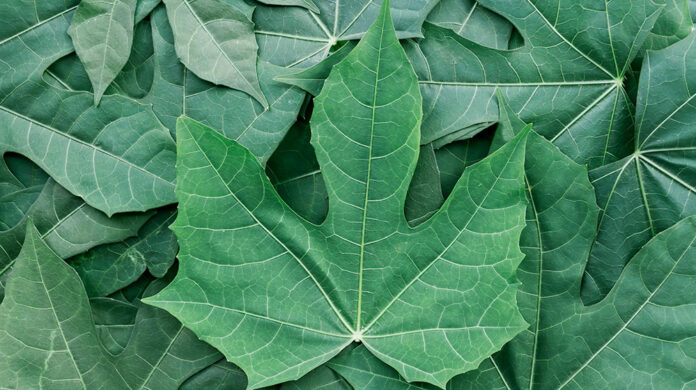 Mérida, Yucatán, (April 14, 2021).- During Lent, the consumption of one of the most wonderful plants that exist in Mexico, the chaya, increases. In addition to the delicious dishes that are made with its leaves since pre-Hispanic times, it is very interesting to know about its great medicinal powers, which among the most important is its ability to improve blood circulation, regulate blood pressure, facilitate digestion, sharpen the vision, reduce inflammation of the veins and hemorrhoids, combat constipation, stimulate the production of breast milk in women in the puerperium and lower the level of cholesterol and uric acid, just to mention some of its effects.

It is said that it is the plant that contributes the greatest amount of iron to our blood system, which results in an increase in hemoglobin, which is why some call it the “Mayan spinach”. It is an anti-inflammatory for which it benefits our respiratory system by treating lung diseases such as asthma, allergies, or inflammation of the throat and larynx.

Prevents anemia, improves memory and brain functions; it is great to support the human body against diabetes, helps to reduce weight, and helps the expulsion of grit from the kidneys.

And if it is mixed with moringa, we potentiate the reduction of blood sugar levels and due to its antioxidant power, it also minimizes the levels of lipids or fat in the blood; heals wounds and protects tissues; relieves pain caused by arthritis, and is very good for treating stomach ulcers and heartburn.

Moringa is extremely beneficial for people who have high blood pressure, since excess pressure continuously on the walls of the arteries, leads to leg pain when walking, in addition to impotence in men, kidney failure, hypertrophy of the heart, arrhythmias, coronary insufficiency and angina pectoris.

The high content of vitamin A helps prevent degenerative damage such as cataracts, especially when cataracts are due to diabetes.

Moringa stimulates blood circulation, has a slight anticoagulant effect and could prevent cardiovascular diseases, which today are the leading cause of death worldwide.

American in Merida found unconscious after crashing into a lamp post