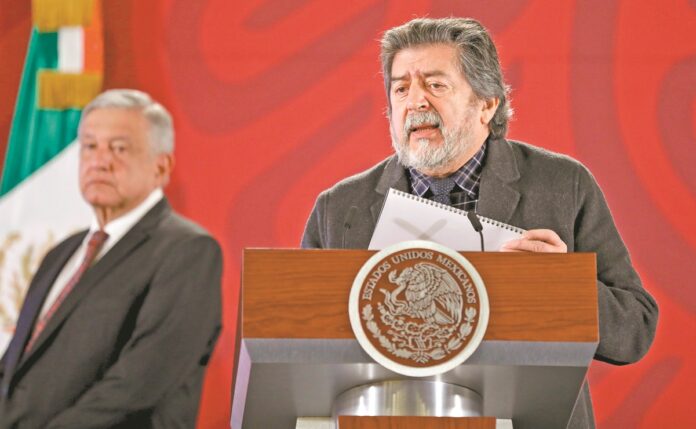 The National Fund for the Promotion of Tourism ( Fonatur ) authorized the payment of exorbitant fees to consulting companies hired to carry out pre-investment studies in the construction of the Mayan Train.

These fees exceed up to ten times the monthly salary of the President of the Republic or the Secretaries of State.

For example, the director responsible for the legal advisory service in the structuring of the Mayan Train, with twenty years of experience, charged $ 5,800 per hour, $ 46,400 per day and $ 1,113,600 per month for his services for nine months.

President Andrés Manuel López Obrador, as is known, has a monthly salary of $ 143,054, with everything and benefits.

Fonatur also acted with wide sleeves when setting the fees of the inexperienced personnel of these consultants.

Those who presented a university level of “intern” paid them a thousand pesos a day for an hour of service and $ 192,000 a month, when the monthly salary of a secretary of state amounts to $ 135,500.

In that same document, this body denounces that Fonatur, with all negligence, paid those consulting companies hundreds of hours of advice -with very high rates- although Fonatur had not requested that service.

The ASF also detected a payment of more than $ 14 million to the Secretary of the Navy for satellite images that, apparently, were never made.

According to the Superior Audit, on March 19, 2019, Fonatur signed a contract with the company Woodhouse Lorente Ludlow, SC for a “legal advisory service for the legal structuring of the Mayan Train”, after “requesting various quotes from companies with the experience specialized necessary for the execution of the services “.

That contract included professional advice for 2,115 hours in the period from March 19 to December 31, 2019, for an amount of 44 million pesos.

Woodhouse Lorente Ludlow commissioned six of its partners to do this work. They charged, as fees, the following amounts, taking into account 8-hour days and 24 business days per month:

Finally, the “intern”, without experience, as already mentioned, pocketed $ 192,000 per month.

Another consulting company, PriceWaterhouseCoopers, obtained a contract for 32 million pesos for “economic-financial advice for the structuring of the Mayan Train”, in the period from March 19 to December 31, 2019, with the following fee rate for hour:

According to the ASF, if Fonatur had commissioned these same jobs to officials of the Ministry of Communications and Transportation or other specialists, adjusting their fees to the fee limits set forth in the Federation’s Expenditure Budget, the amounts paid for such services would have been drastically reduced, in the first case from $ 44 million to $ 4,912,525 and in the second from $ 32 million to $ 3,500,894.

Advice that he did not give

The Superior Audit not only detected these anomalies. It also discovered that in the case of Woodhouse Lorente Ludlow, this company signed a contract with Fonatur for 2,155 effective consulting hours, when in the period from March 19 to December 31, 2019, it was only possible to offer 1,984 hours, that is, the company He charged more consulting hours in fees – which he did not give – and for that reason he obtained an additional $ 2,732,800.

The ASF presumes probable damage or harm to the Federal Public Treasury in the amount of $ 50,269,961 in this contract since the awarded companies considered times and personnel superior to those indicated in their same programs of the personnel in charge of the execution of the services, which generated a higher cost in the proposal.

This happened because Fonatur failed to analyze the economic proposal of the companies that won the tender, specifically its section on the integration of unit prices.

But according to the ASF, there was double negligence here, since Fonatur hired a specialized company to carry out and supervise the entire bidding process for the pre-investment studies of the Mayan Train, although this was the first to make mistakes.

This is Mextypsa, SA de CV, which signed a contract with Fonatur on May 2, 2019, for one year to provide technical advice on the Mayan Train “for the structuring of the integral project, the contracting of basic engineering, and the technical supervision of said basic engineering “, for an amount of $ 59,552,700.

This company was supposed to provide Fonatur with technical advice and support in the public bidding process for contracting basic engineering, but the company did not comply.

Although it carried out an analysis of the technical proposals of the participants in that tender, it did not carry out the review of the economic proposals, so it did not detect that in the proposal of the winning bidder of contract C-TM-008/2019, there were duplications, specifically with respect to the personnel considered both in the unit price matrices and to the field office personnel contemplated in their indirect costs.

Based on all the foregoing, the ASF concludes that Mextypsa did not comply with the scope established in the object of the contract that was signed with it and for which $ 33,074,200 had already been paid in 2019, out of a total of $ 59,552,700 contracted.

The ASF detected other irregularities in the process of contracting studies for the Mayan Train, such as the one related to the payment of $ 14,953,274 from Fonatur to the Secretary of the Navy for the telemetry service.

The objective of this payment was to have the telemetry services of the GeoEye-1 satellite, for a period of 43.6 minutes, to obtain very high-resolution satellite images of the Mayan Train route.

However, there is no documentary evidence of the existence of these images, says the ASF report, nor justification for the payment of $ 14,953,274 for 43.6 minutes of satellite use -at a rate of 343 thousand pesos per minute-, which is considered a very high figure.

Additionally, a private provider was in charge of the operation and not the Secretary of the Navy, so the payment to this agency is not understood.

With the revision of contract C-TM-007/2019, the purpose of which was to carry out “technical legal work for the identification and release of affected areas for the constitution of the right-of-way for the Mayan Train”, awarded to the company BYA Barrientos y Asociados SA de CV, for $ 62,408,000, it was determined that the company calculated to carry out work on 21,520,000 square meters, corresponding to the 538 km. by 40 meters of width of the right of way.

However, the ASF points out, there was only affectation in 11,520,000 square meters, that is, 10,000,000 meters did not present affectation in the right of way, but the company charged as if it had done the work on that surface at a price of $ 13,190,100, amount that, according to the ASF, the company must return to the public coffers.

Finally, there is no record or documentary evidence of the appraisal and total amount to be paid for each affected property, even though the contract with BYA Barrientos y Asociados established that this company had to request the respective appraisal from the Administration and Appraisals Institute of National Assets.

Another anomaly was detected in the contract TMYUC-PL / 19-S01.01, to carry out the “Study of availability of land for urban growth of the development pole in the city of Mérida”, for $ 3,749,096 and awarded to Enrique Norten Arquitectos, SC

In this case, Fonatur did not efficiently manage the resources “since during the contracting procedure,” explains the ASF, “although the invitation was made to at least three people, and the most economical proposal was selected, the agency did not verify that the proposals exceed the term agreed in the contract “.

The ASF detected that in its analysis of unit prices, Enrique Norten Arquitectos established for the personnel in charge of the works, times longer than those requested in the contract.

For example, even though the services had a contractual term of September 18 to December 16, 2019, that is, 90 calendar days, corresponding to 3 months without breaks, Norten’s proposal contained financial allocations to pay staff up to 23 months, “a situation that should have been verified and observed by the public servants of Fonatur, because it affects the costs of materials and equipment.”