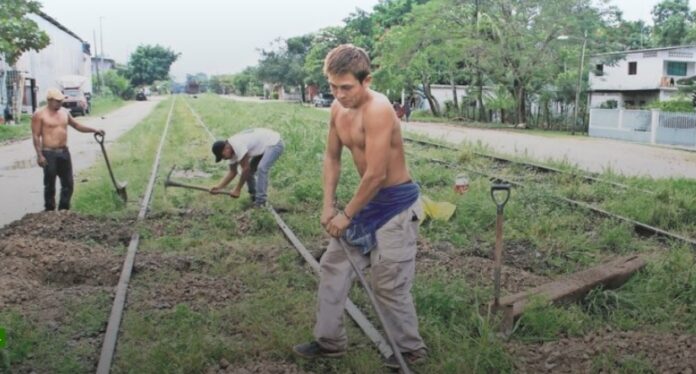 President Andrés Manuel López Obrador confirmed on Wednesday, April 21st, that he plans to employ Central American migrants in the construction of the Maya Train Project.

In a morning press conference, the head of the Federal Executive pointed out that the railway project requires “many workers” because it is a work with an extension of 1,500 kilometers of railways.

“Jobs are offered because there is job creation in the southeast of Mexico. The Maya Train is occupying many workers, many teams are required, we are talking about a work of 1,500 kilometers of railways, just imagine what it means in embankments, gravel, ballast, rails,” said the president.

“We are going to carry out a special program to support carriers in the southeast because there are not enough turns. It is that so much has never been invested in the southeast, never, so there is a lot of work and a lot of workforces are also being demanded, and so there is the possibility of helping migrants ”, AMLO explained in his particular way.

At the National Palace, the Mexican president stressed that his administration is already helping the Central American countries through the Sowing Life and Youth Building the Future programs.

“Sowing Life is being applied in El Salvador, we are supporting with the Youth Building the Future”, he concluded.