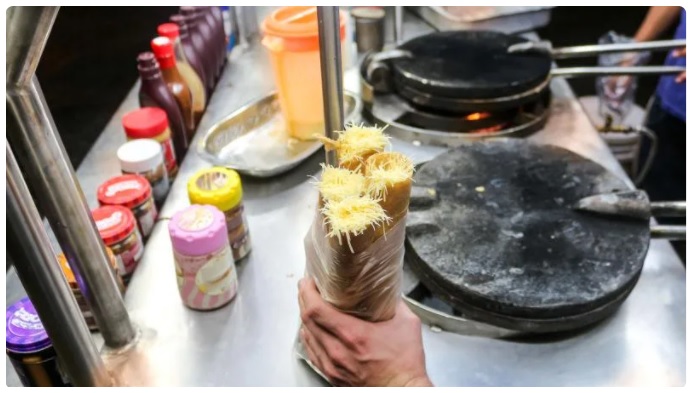 Despite the generalized American impression of a country filled with endless resorts, tacos, and Margaritas, Mexico’s culture and culinary traditions are as varied as its landscape. I’ve traveled through the mountains of Puerto Vallarta, the serene coastlines of Oaxaca, and the tropical rainforests of Chiapas, but my favorite place is the charming city of Mérida, the capital of Yucatan state. When I first glimpsed the pale limestone buildings lining cobblestone streets in La Ciudad Blanca (“the white city,” another name for Mérida), I was dazzled. One thing that makes Mérida so special is how it preserves both the Mayan and Spanish history that comprise its Mexican heritage: 18th- and 19th-century haciendas fill the streets along with lush courtyards and the 16th-century Cathedral of Mérida, the oldest cathedral in the Americas. The Mayan presence is just as vivid, with the Gran Museo del Mundo Maya displaying thousands of Maya artifacts; the folk dances like the whirling Jarana performed in plazas every Sunday; and the nearby archaeological sites of Dzibilchaltun and Uxmal. But the Mayan influence is most unmistakably present in Mérida’s food.

With its defining features of achiote, habaneros, sour oranges, and pit-smoked meats, the flavors of Yucatecan food are distinct and lively. The cuisine is known across the country for its zest and variety as well as being steeped in Maya traditions. Cochinita pibil is the star of the region, featuring pork marinated in achiote paste and sour orange juice, then roasted in banana leaves in an underground pit (pibil). It’s eaten in tacos or by itself with red onions, and it definitely packs a sweet and earthy punch. Another version, which is so delicious that it warrants its own separate column in the future, is tikin-xic, a fish dish prepared the same way as the pork. Even a basic meal like Sopa de Lima, chicken broth flavored with Yucatecan limes, becomes a flavor powerhouse with the addition of shredded chicken, fried tortilla strips, and lime slices.

So I was already prepared to be impressed and ready to stuff myself silly with Mérida’s cuisine, and I was not proven wrong. After taking a cooking class taught by a finalist on Mexico’s Top Chef and learning how to make Sopa de lima and grilled snapper, I explored the city’s sprawling market, Mercado Lucas de Galvez, which was overflowing with spices, peppers, and vendors selling fresh chicharrones, of which Mexico is one of the world’s top producers. I tasted lots of memorable delicacies like Cebollas Negras (black onions drenched in traditional spices and fried to perfection) and escabeche oriental (turkey grilled with local herbs and sour oranges). But what left the strongest impression wasn’t a meal, it was a snack.

Every Sunday, Mérida’s main plaza transforms into a street festival with music, dancers, craft vendors, and so much food that you can sample many of the region’s various specialties just by strolling through it. I recognized the cochinita pibil and tamale stands, but I noticed vendors with what looked like round waffle makers, each of their stalls surrounded by long lines, and I stopped to watch as one vendor poured batter into the mold, rolled it into a tube once it was crispy, and filled it with queso de bola (Edam cheese) and cajeta, a rich caramel made from goat’s milk. This was Mérida’s essential street food: the marquesita.

I crunched into the cone and it was delicately sweet on its own, with hints of vanilla and almond. But the mix of cheese and caramel inside created a salty, sweet, and savory blend that was irresistible. I gobbled the whole thing down and promptly got in line for another. Now I understood why the lines were long. Marquestitas are the perfect street food: portable, with a complex flavor profile that satisfies multiple cravings at once. But what I didn’t understand was how crunchy crepes and Dutch cheese wound up in Mérida.

The story goes that during the 1940s, an ice cream vendor was searching for a way to increase his falling sales during the cooler winter months. He experimented with a richer batter than he used for cones, adding milk, vanilla, and almond flavor and stuffing it with different mixtures instead of ice cream, including meat and different cheeses. The combination that was most popular was the queso de bola and cajeta, which was favored by the young daughters of a wealthy marquis, so he called them marquesitas in their honor.

As for the presence of Dutch cheese in Mexico, the history isn’t clear, but there are several legends involving either wealthy hacienda owners bringing it back from European trips, or a ship headed to the Dutch Antilles crashing on Mexico’s Caribbean coast and the hard, wax-encased cheese popping up on beaches across the Yucatan. Whatever the origin, Mérida loves the cheese.

It is used in countless dishes, including queso relleno, a whole wheel of Edam stuffed with pork, nuts, and tomatoes and cooked with a hearty sauce. There’s even a Queso De Bola Fair that started in 2019. I’m just happy that the cheese arrived to create Marquesitas. You can find them all over the Yucatan, but this treat wouldn’t have become famous without the contributions of Mérida’s inventive and unique cuisine.