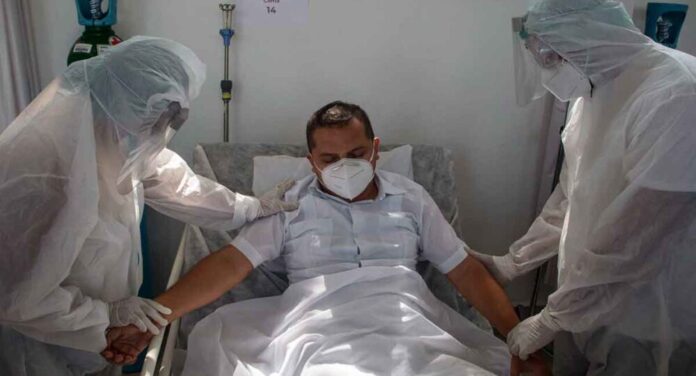 Mayan advocacy groups are demanding that the Mayan Train project be cancelled and the money used for COVID hospitals.

Through a communique, the Múuch’ Xíinbal Assembly, defender of the Mayan territory, regretted that, despite all the evidence and complaints, the construction work of the Mayan train continues to be carried out.

In the message, they highlight the “blindness” of the INAH to the Mayan vestiges found during the construction, and regret that even the UN-Habitad is involved in the corruption of the project.

“The Mayan assembly Múuch’ Xíinbal PUBLICLY STATES that more than 10,000 archaeological remains have been found on the route where the train tracks are built, we denounce the opacity of the National Institute of Anthropology and History (INAH) regarding the handling of the pieces found in the 5 sections where the so-called Mayan train is being built , this non-transparent handling of the fate of the pieces that our ancestors have left us, reminds us of the burning and destruction of more than 5,000 pieces belonging to our culture that occurred in the convent of Mani in the year of 1562, as punishment to the rebellious Mayans who did not accept the new God; the dispossession and destruction continues now with a train that we Maya did not request, therefore we did not accept; history repeats itself and the dispossession that has been going on for more than 500 years continues, now it is only modernized”

Therefore, they send a direct message to President Andrés Manuel López Obrador not to ignore their requests, and cancel the project.

“WE DEMAND the federal government to respect our territory and the natural resources that make it up, not to continue with the destruction of the forests by displacing animals from their habitat under the pretext of developing the south of the country, a false development that they want to sell us as welfare and social justice, but that will only bring destruction and more poverty in the Mayan communities , since this flagship megaproject of the current six-year term includes the construction of 19 development poles, which will use large amounts of ejido lands and which is already generating problems among the inhabitants of the communities, since they use the strategy of dividing and pitting the ejidatarios against each other, to facilitate legal dispossession.”

Therefore, they conclude in their document that the money used for the mega project, which will be about 170 billion pesos, will be used to address the health emergency that affects the country, both with the construction of hospitals and urgent care of existing ones.