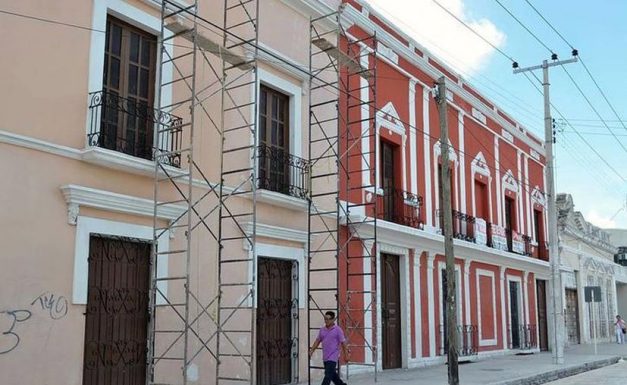 Mérida, Yucatán. – The appropriation of space in the Historic Center of Mérida by new foreign residents has brightened an area of ​​the city that had previously lost its luster and grace.

However, urban planning specialists assure that the situation has generated a lifestyle that ends up expelling Yucatecan people who have lived in the area for decades, simply because current dynamics do not match those they had before.

“This situation has caused the uprooting of former residents with a family tradition in the area, who had to sell their properties and emigrate to neighborhoods on the periphery of the State,” said Silvana Forti de Sosa, director of the Urban Laboratory of the Universidad Modelo.

She added that although there is an “elite” development in the heart of the Yucatecan capital, this process is very slow and not necessarily bad, but it is intended to lessen its impact, that is, to reduce the danger of exclusion of the original residents; social policies must be implemented that provide a level playing field for all the citizens involved.

While the urban migration specialist Claudia Dávila Valdés agrees that in the Historic Center of Mérida there is an elite development process that cannot be generalized across its entire surface, but that it is underway and it shows.

In areas that she has studied together with the urban sociologist Ricardo López Santillán, such as Santa Lucía, Santa Ana, Santiago, and La Ermita, there are clear images of renovated houses that are inhabited or rented seasonally and buildings converted into boutique hotels as well as improved facades of some buildings that house galleries.

On the other hand, López Santillán stressed that like any socio-political process, unless it is dramatic or cataclysmic, it has light and shadow; One of the paradigmatic issues is the number of foreigners who have come to live in the downtown area, which has caused financial and real estate speculation, that is, the arbitrary and unsupported increase in property prices in the area.

The specialist assures that if an economic analysis is made, what is now being asked for a house in ruins in the Center of Mérida, has no relation to its real price in the market.

According to the sociologist, the arrival of these new residents, mostly Americans, who are willing to pay immediately and in US dollars, generates speculation and overpays.

Both circumstances discourage investment when owners of battered houses who have the fantasy that they can sell them “at the price of gold” do not succeed and in this way, a constant and permanent flow of investment is obstructed.

He highlighted that many residents of other countries share the spaces, but they do not necessarily integrate; rather, they lead a life in parallel because they do not generate any socialization.

“In addition, these new inhabitants imagined an almost bucolic Historical Center, like vaudeville (comedy theater) with a set in which they believe that there are no other inhabitants and they do not share their values, nor do they have the same priorities”, López Santillán said.

The specialist explained that the clearest example of the disagreement is the campaigns against noise since many Americans think that their life can be as peaceful as in their country of origin, where people are very civic and respectful, but this is not the case in Latin American cities, particularly Mexican and specifically, in Mérida, which contains a tropical-Caribbean culture, we love to party and make noise and they don’t.

The also authors of the article “The Santiago neighborhood in the Historic Center of Mérida. From shine to deterioration and subsequent revitalization”, pointed out that the population of foreigners in Yucatán does not represent even one percent; and in Mérida, it is only 0.6 percent.

On the other hand, they denied that there is such a “whitening” because the new residents of the Center do not mix, as happens when young people arrive.

It should be noted that the majority of foreigners residing in Yucatán are retirees who will not have children and their descendants will not marry with local people.

They indicated that the Historic Center of Mérida is a large and segmented place; however, the authors envision that in the north of this urban setting, elite development will continue at a slow pace.