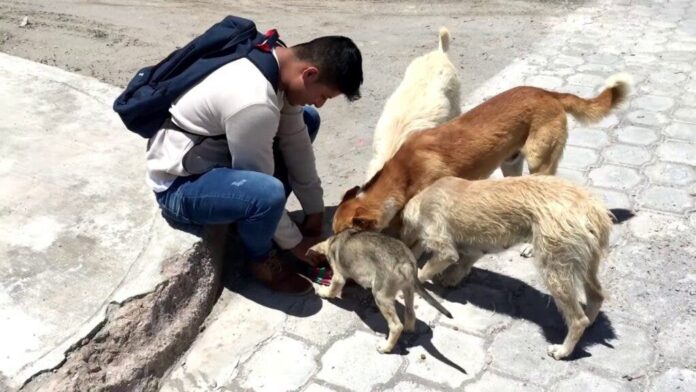 In accordance with the provisions of the new regulation for the protection of fauna in the municipality of Mérida, approved in a regular session of the council on September 29, feeding street animals has been prohibited.

This news, although it has scientific foundations to prevent overpopulation and the spread of diseases, has not been to the liking of animal owners and society in general, who through the networks have explored against the decisions of the municipal administration.

“The city council creates a law to fine those who feed street animals.”

Iam not surprised because during his 2 previous terms the mayor never worked in favor of animals so this was to be expected and worse things will come ”, declared Victor Cervera, animalist.

Mauricio Rosado, a citizen who started a dog feeding project, regretted the decision, asking What is the harm?

“I put them on their plate every day and 8 dogs come every day at different times and I will continue to do it. Doing good should not be punished. Who am I hurting City Hall? “

Regarding this new measure, the mayor of Mérida, Renán Barrera, indicated that “it can be detrimental when it is sought to generate food on the street “, since it can generate the existence of packs of animals on public roads; In addition, it seeks to promote adoption for those who truly want to take care of animals.

“The fact of promoting wildlife in the street can cause damage to themselves, accidents, it is a public health issue to take care of. Precisely for the protection of fauna, to avoid poisoning, we are looking for the appropriate causes, “ said the mayor.

For now, the municipal president has not spoken out regarding the complaints that have been made on his behalf.