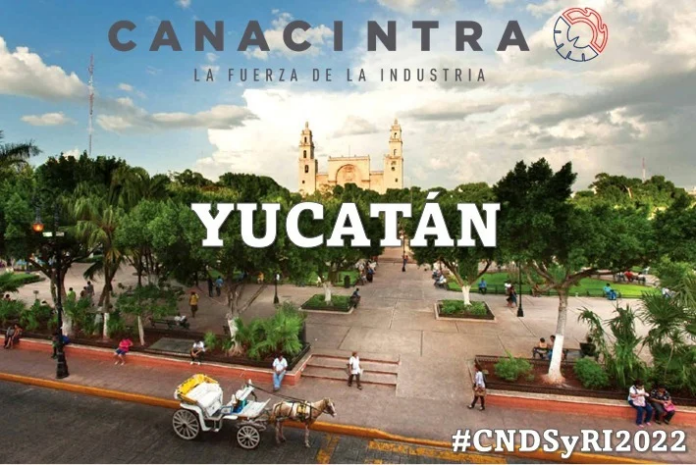 By majority vote, Yucatán was chosen as the next venue for the National Convention of Delegations, Sectors, and Branches (CNDSyR2022) organized by the National Chamber of the Transformation Industry (Canacintra), which will be held in the city of Merida in October 2022. The location is yet to be defined.

The ceremony to choose the headquarters was held in the port of Tampico, was headed by the national president of Canacintra, Enoch Castellanos Férez, and was attended by officials and businessmen affiliated with the Chamber.

On behalf of Yucatán, the Secretary of Tourism, Michelle Fridman Hirsch, attended the event; the head of the Ministry of Economic Development and Labor (Sefoet), Ernesto Herrera Novelo, and the mayor of Mérida, Renán Barrera Concha.

Also present was the federal deputy Rommel Pacheco Marrufo, the director of Economic and Tourism Development of Mérida, José Luis Martínez Semerena and the president of Canacintra in Yucatán, Jorge Charruf Cáceres.

“Without a doubt, it is great news to continue with the economic reactivation of our city. I congratulate Canacintra Yucatán and its president Jorge Charruf for this achievement that will promote Mérida as a tourist and convention destination ”, published Barrera Concha.

From Europe, the state governor, Mauricio Vila Dosal, added to the congratulations: “We are very pleased because these events translate into jobs and are further proof of the progress that we are making together to reactivate our state,” he said.