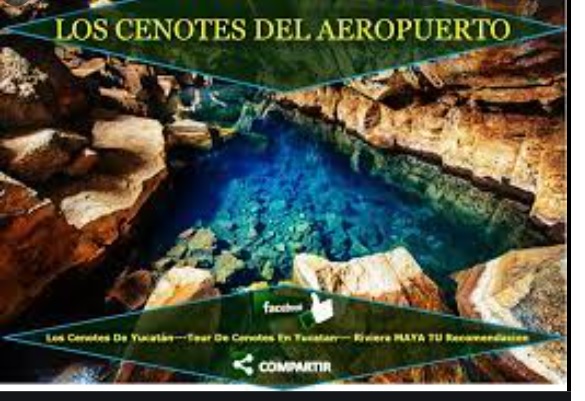 According to the explorer Sergio Grosjean, the terminal area has a cenote, which was called Pikitbeh. This is located at the end of one of the airport runways

MÉRIDA, Yucatán, (November 01, 2021).- A well-known Yucatán explorer recalled data and anecdotes on his social networks about a cenote that is located at the Mérida Airport, which is remembered by some people who worked on the site or who live in the area.

The explorer Sergio Grosjean indicated that in the air terminal there is a cenote that functioned as a spa for pilots, flight attendants and employees of the same airport.

“Our friend, Commander Barroso, told us that there were great ‘bachatas’ performed in petit committee, by the crews of some foreign airlines, because for them it was something very exotic to go and bathe in the transparent waters of the cenote, and incidentally drink some spirits. They did this on the day of their arrival and the day of their day off, ” says Sergio Grosjean.

The explorer points out that this cenote was called Pikitbeh, and it is located at the end of one of the airport runways.

It details that it has a flooded cave approximately 700 meters long, although the body of water is small.

“There was a very ambitious project that is worth rescuing and it was to enable the cenote as an attraction for tourists arriving at the airport; at the beginning of this plan, the firefighters ‘hosed’ the entire cavity to clean it but unfortunately the dream reached that point ”, he recalled.

Sergio Grosjean also recalled that there is a second cenote on the site.

“There is another located in the same polygonal, which due to the ignorance of its original name, was called Pikitbeh II by our friend José Ruiz Silva, who began the registration of cenotes in the state of Yucatán more than a decade ago, reaching 3,000 until unfortunately, he retired ”, asserts the explorer.

He indicated that the second body of water has the petroglyph of a crocodile.