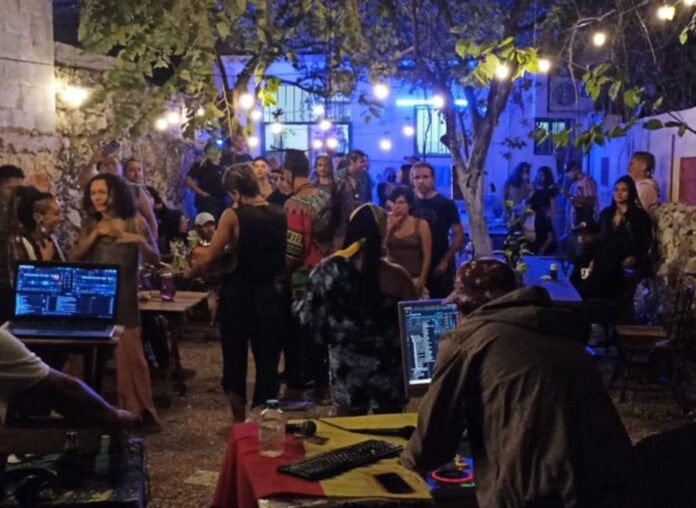 Camaleón stocks most of the usual fare you would come to expect from a cafe in Mérida’s Centro, but there is one big difference —  marijuana.

As selling marijuana is still a felony, visitors to the cafe are encouraged to bring their own to enjoy along with the other offerings, including cake, coffee, and pan dulce.

To be able to smoke cannabis at Camaleón, patrons must sign a document attesting to the fact that they are at least 18 years old and that what they are smoking belongs to them.

It’s not clear if it is possible to purchase cannabis at the cafe itself. Jars containing several varieties of the drug, marijuana-infused edibles, as well as bongs, and other paraphernalia, are on display. This ambiguity appears to be intentional.

Although the legal status of marijuana remains ambiguous, Mexico’s supreme court recently ruled to undo a series of laws prohibiting its use.

The move comes after a 2018 ruling that found banning cannabis violated Mexicans’ constitutional rights. The court instructed legislators to create a legal framework to regulate the production and consumption of marijuana no later than April 30, 2021.

But as lawmakers have failed to deliver such legislation, cannabis now exists in legal limbo, neither fully illegal nor legal.

Though the consumption of cannabis has increased in Yucatán over the past decade, there is still a great deal of social stigma associated with the drug.

“What we are offering here is a safe space to enjoy your marijuana in a safe environment and without prejudice,” said Camaleón co-owner, Carmen Uc.

The proprietors say that the business is inspired by the cannabis cafes that began to pop up in Amsterdam in the 1970s when rules regarding the consumption of marijuana began to be relaxed in the Netherlands.