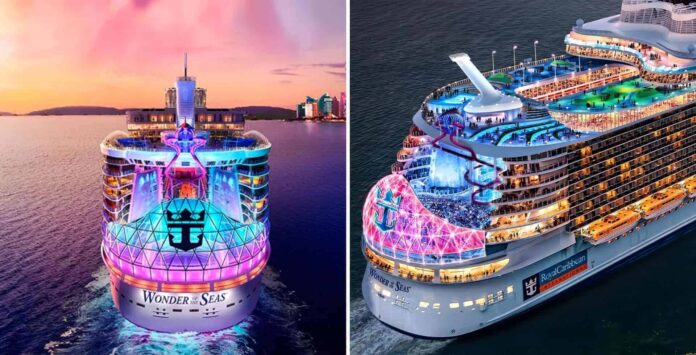 The young man, originally from Chemax, has already toured more than 100 countries on five continents.

VALLADOLID.- David Balam, a native of Chemax, is one of five Mexicans who go aboard the “ Wonder Of The Seas ” cruise ship, the largest in the world and works as a bartender on the ship, and according to his Facebook account, he already He toured more than 100 countries on five continents and next April they will dock on the island of Cozumel, Quintana Roo, as he himself announced on his networks.

As we have published, several Yucatecans work in the cruise industry, and each one of them has their own story about how they are achieving their dreams.

The story of David Balam, a Yucatecan on the world’s largest cruise ship

David Balam is a professional in the tourism industry and since he graduated from school he began looking for the opportunity to work on a cruise ship. At the age of 12, his parents died, so other members of his family took charge of his upbringing and his studies.

He managed to get ahead and began the pilgrimage in search of better opportunities until he managed to find work on the cruise ship “ Wonder Of The Seas ”, where he has been working as a bartender for seven years.

In his social networks, he indicates that he has traveled to more than 100 countries on the five continents of the world. In the month of April, the cruise will arrive at the island of Cozumel, Quintana Roo, on whose ship hundreds of foreign tourists travel.

This is the ”Wonder of the Seas”, the largest cruise ship in the world

This 18-deck cruise ship was built at the Chantiers de l’Atlantique shipyard in Saint-Nazaire, France, and has a capacity for 6,988 guests and 2,300 crew members.

The wonder of the Seas consists of eight “neighborhoods,” one of which contains more than 20,000 real plants, and its onboard features include what is described as the “ tallest slide in the sea,” as well as a zip line. 10 stories high and a huge movie screen by the pool.