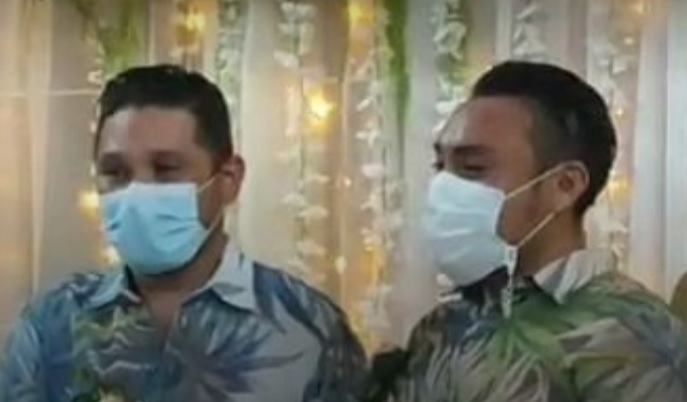 The civil union of these two men took place in the municipality of Progreso and relatives and friends of the spouses participated in the marriage ceremony.

This couple became the first to be legally united, after the publication of the reform to the Family Code and the Civil Registry Law of Yucatan, both recently approved by the State Congress.

Luciano and Irving decided to join in marriage after 19 years of relationship. The newlyweds expressed their happiness at consolidating their loving union firmly, as the Yucatan state law already considers it legal.