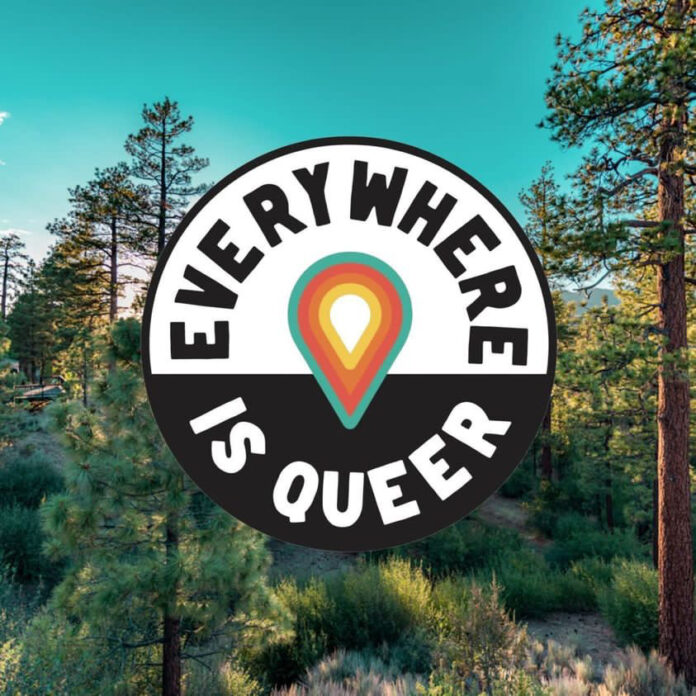 The map’s creator said it has been viewed more than 100,000 times and lists more than 500 businesses all over the world.

Charlie Sprinkman traveled to 42 of the 50 states for work as a representative of an organic beverage company in 2019 and kept Googling “queer hangouts here” when he would arrive in a new town. But he would often come up empty.

“I couldn’t find a resource for it,” Sprinkman, 25, said of a centralized directory of LGBTQ-owned businesses.

Then, in the summer of 2021, he was a counselor at a queer leadership camp for 12- to 18-year-olds outside Los Angeles, and he said being surrounded by 100 LGBTQ people for 11 days was “euphoric.”

“I was like, ‘How do I create this space?’ Maybe not as grand as a camp, but like a space where people can feel this energy and not be judged for who they are,” said Sprinkman, who currently lives in Bend, Oregon, and works in customer service.

On the long drive back from the camp to his then-home in Colorado, Sprinkman said the phrase “Everywhere is queer” came to his mind. A few months later, in January of this year, it became the name of his LLC.

Everywhere Is Queer consists of both a website that houses a worldwide map of LGBTQ-owned businesses and an Instagram page that shines a spotlight on some of these companies. Three months after the launch, the map has more than 500 businesses listed, and the Instagram page has nearly 5,000 followers.

Businesses include retailers like Housewife Skateboards in Los Angeles, coffee shops like Lussi Brown Coffee Bar in Lexington, Kentucky, and lodging like Hotel Perruquet in the Italian Alps.

Sprinkman said the project is personal for him, not just as a queer traveler but as someone who didn’t know of any LGBTQ-friendly spaces in his small suburban hometown about 30 miles west of Milwaukee.

“I didn’t have any out cousins, aunts, uncles, anyone as like an influence, so I didn’t really have a space as a child to find queer spaces around my hometown,” he said. “As I was building Everywhere Is Queer, I was thinking about youth, my hometown, trying to find and build spaces for them to just, even if they’re not out, just sit in a queer-owned coffee shop and just see queer people. You know, that subconscious layer of just like seeing queer people is what I hope Everywhere Is Queer will provide for so many.”

Anyone can add a business to the map by going to Everywhere Is Queer’s website and filling out an online form.

One business owner listed on the map said she has seen more queer people come into her restaurants. Mel McMillan is the owner of Sammich in Oregon, which sells sandwiches made with house-smoked meats. Both of her Sammich locations, in Portland and Ashland, are listed on the map, as is her food truck, also in Portland.

“If you Google ‘lesbian meat maker,’ you’ll get a real touch of what’s going on with me,” McMillan said. (It’s true: An article about her is the first thing that comes up in the search results for that phrase.)

“For Japan, Mexico is a very important country”: Ambassador Fukushima highlighted the economic relationship between both nations