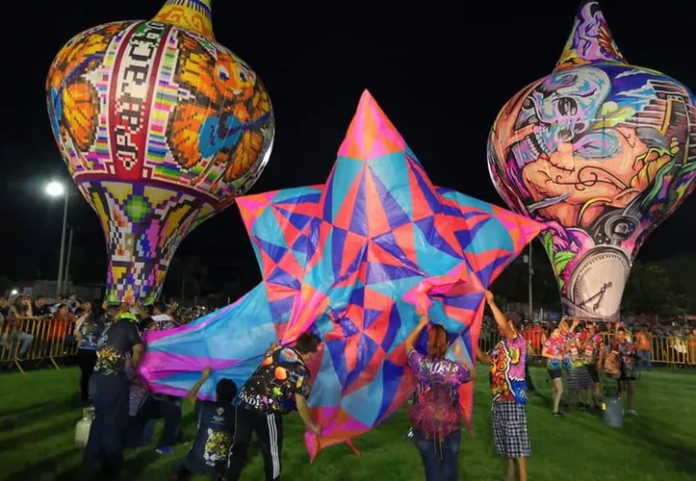 It is estimated that the event will exceed the figure of 10,000 people who will see dozens of balloons rise.

MÉRIDA, Yuc.- A few days before the second edition of the Mayan Globe Festival is held in Tahmek, the organizers announced that they are already fine-tuning the last details for the event that will take place on Saturday, August 20 and Sunday, August 21, in which It is expected to exceed the attendance of just over 10,000 people, who will see dozens of paper balloons from China.

The organizer of the festival and municipal secretary of the commune, Minelia Sabido Iuit, recalled that in recent days they have held meetings with the different actors who will participate in the festival, as well as with the staff of the State Civil Protection Coordination (Procivy) , whose staff will also train transport service providers.

The municipal official explained that for the moment the spaces in which the two corridors that will accompany the festival will be placed have already been agreed upon.

There will be a gastronomic-type space, which will feature several traditional local cooks; and the second will be artisanal and will include several entrepreneurs from the surrounding municipalities.

“We are practically in the last details of the festival, we only need a few points to discuss, but most of the pending ones have already been agreed, we have held meetings with Procivy and with personnel from the Ministry of Culture and the Arts (Sedeculta) and everyone is excited about the event,” he said.

He announced that during the first weeks of August balloon artisans from Colombia, a country invited to the festival, are expected to arrive in Yucatecan lands, in addition to the fact that local artists are already preparing the creations that they will show on those two days and that they are expected to surprise children. and big.

Sabido Iuit specified that the festival will have the participation of 12 teams of artisans or “Turmas” (as it is known in the jargon of balloonists) from Tahmek, Mérida and Tixkokob, as well as from Mexico City, Michoacán, Hidalgo, Morelos and Veracruz. The invited country will be Colombia.

He explained that during the event between 15 and 20 balloons of different sizes, shapes and colors will rise on average; the elevation process will begin at 6:00 p.m. and the venue will be the sports field of the “La Libertad” neighborhood.

In addition to this, he commented that Procivy staff will provide training to motorcycle taxi drivers and will even review the units a few days before the festival, in order to verify that they are safe before the arrival of hundreds of visitors that are expected for those two days.

It must be remembered that at the time, the municipal president of Tahmek, Neyda Heredia Leal, also stressed that the return of this festival after two years of pandemic brought good expectations, for which it is estimated that it could have an important economic benefit, both for balloon artisans, as well as for entrepreneurs and food vendors.