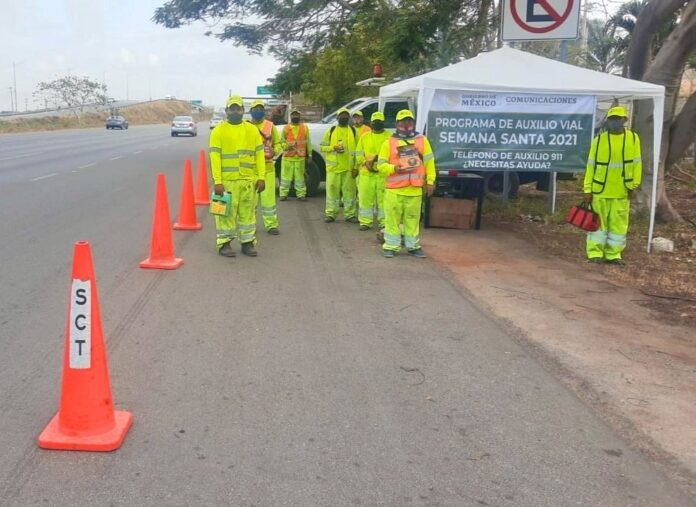 During this holiday period, the SCT Yucatán Center put into operation the Road Assistance Program for Easter Week 2021, in order to guarantee greater safety and assistance to users of the federal highway network in the state.

The objective is to provide support to motorists on issues such as mechanical assistance, flat tires, lack of fuel, information to travelers about places of interest, and even support in communication with other bodies such as Civil Protection.

These actions will be carried out through crews equipped with items such as a first-aid kit, basic tools, jugs of water and fuel, brake fluid, preventive signaling, cell phone, and radio, among others.

The operation began on March 28 and will run until April 11. There will be 10 brigades made up of up to five people who will be traveling the highways with the highest traffic flow such as the road to Progreso, Mérida – Tizimín, Mérida – Cancún, Valladolid – Río Lagartos and Mérida – Celestún, among others.

Similarly, it is reported that the support staff will be duly identified by uniforms, protective vests and a badge. In the vehicle at the service of the SCT will be placed the allusive tarpaulin to the Road Aid Program.

Additionally, they urged users and drivers to respect speed limits and drive with caution.