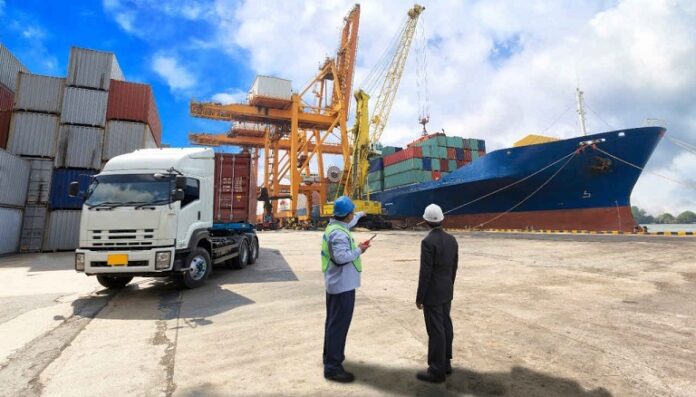 Mérida, Yucatán. -The recent investments announced in the state reflect the confidence of local and foreign businessmen who find in legal certainty and security, two determining elements to continue settling in Yucatan, said the Secretary of Economic and Labor Development, Ernesto Herrera Novelo.

The American company Invincible Boats will establish in Yucatan a manufacturing plant dedicated to the construction of pleasure boats, fishing boats, and catamarans, a project announced by Governor Mauricio Vila Dosal and which will mean the investment of almost a thousand million pesos (50 million dollars), as well as the generation of 400 new jobs for the Yucatecans.

Governor Mauricio Vila Dosal and the director of operations of Invincible Boats, Thomas Wieners, announced this investment plan that reiterates the confidence of the private initiative in Yucatan and positions the entity as an industrial pole at the international level, while contributes to the economic recovery of the state.

In this context, the director of operations of Invincible Boats, Thomas Wieners, highlighted that Yucatán is the perfect place to invest thanks to the conditions it offers, such as its brilliant industrial focus, its talented workforce, its infrastructure facilities with the Port de Progreso, its excellent security conditions and its rich cultural background, which is complemented by the fact that they have found in the state a government that establishes and supports investment projects to be successful.

“We believe in the people and the pride of being Yucatecan and we have no doubt that this project will be successful. We appreciate the reception of the State Government, the business community, and the Yucatecan society, which has received us with great enthusiasm and support, I assure you that our goal is to achieve a prosperous, long-lived, and exciting future together, in order to contribute to the quality of life. in Yucatán ”, asserted the manager.

When addressing his message, the president thanked the trust placed in Yucatán and reiterated the support that Yucatán and its Government grant so that all the investments that arrive are successful, since with them comes the generation of employment for local families and the economic spillover. .

The inauguration of the Orión building, which represents a significant investment; and the start of construction of the Augusta Sportswear Brands maquiladora, which means an investment of nearly 600 million pesos (30 million dollars) and the generation of 1,100 jobs.

Fortunately, Yucatán is in fashion as a pole for attracting investment, since this positive trend has been maintained in recent months despite the pandemic, he said.

This is due, he added, to security and legal certainty for the investor, since the United States of America is the most careful and accurate place to make investments.

He said that it is a week of good news, which started very well, with the start of construction in the north of the city of Mérida of The Sky tower, with an investment of 1,800 million pesos to generate 800 jobs during construction and 1,000 jobs once the corporate tower is operating.

“It is great news that Yucatecan businessmen like the Gasque Mier y Terán family are betting on the State and investing in such an important way. We are talking about a 360-meter skyscraper, the highest from Yucatan to Panama, ”the official stressed during a radio interview.

He recalled that this week we also had an important announcement where Kekén puts 1,500 direct jobs in the labor market at its facilities in Tixpéhual and Umán, which means the generation of formal employment for the interior of the State and that is marking a gradual recovery in this heading.

“Fortunately, foreign companies continue to see Yucatán as the right option to invest,” he said.

In the coming weeks, the governor will be inaugurating the companies that are being completed. The opening of the Amazon distribution center is scheduled for August, we are also awaiting authorization for the reopening of Uchiyama, which is being held solely for reasons of travel of its executives.

Yucatán is among the five most important destinations to invest in Mexico. In the arrival of investments, 2019 was an important year, growing 75% more than in 2018.

Personnel from the Ministry of Finance and Public Credit (SHCP) arrived at the port of Progreso to detail the works and aspects that will be included in the tender for the expansion of the remote terminal.

The state secretary for Economic Development and Labor, Ernesto Herrera Novelo, said that work should begin in the second half of this year.

He explained that representatives of the three levels of government have met at the Progreso Port Authority (API) to detail the details of the bidding for the works for which 4 billion pesos will be invested.

The dredging of the access channels to the port, expansion of the docking areas, and the operational areas for the installation of the Italian Fincantieri shipyard, which will have an investment of 300 to 500 million dollars, is contemplated.

He said that there is a commitment from the Secretary of the Treasury, Arturo Herrera Gutiérrez to monitor the work, so federal agency personnel is working on the tender to declare the company the winner in order to start the dredging works.

American groups such as the American Chambers Of Comer qualify that due to its legal certainty and its investment security, the State of Yucatan is also number one in the entire country, as the most careful and accurate place to make investments in the United States of North America. , he stressed.

The state official said that it is how they see us abroad and we cannot forget that the human resources that are generated and the qualified workforce is also a great attraction for these important industries and companies to come and invest in our state.

“For this reason, the indicators sometimes do not show all the capital that is being generated in the state. This allows us to observe the confidence of the foreign entrepreneur for investing in states where the commitment is to respect the interests and legal aspects that companies request when selecting a point for the placement of their companies ”, he concluded.