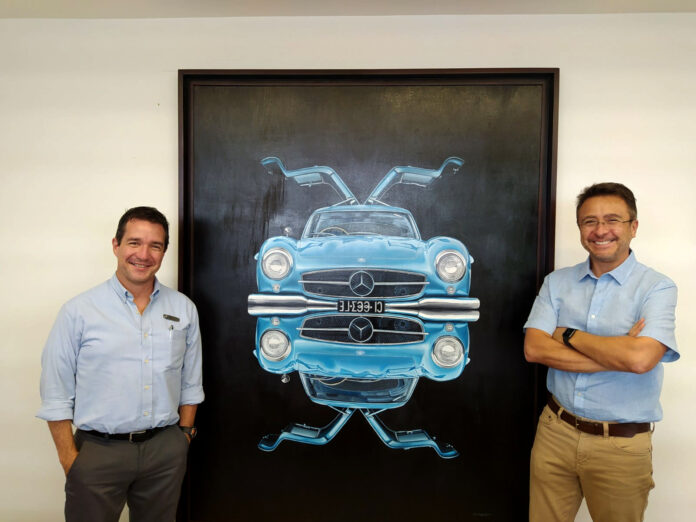 Its people came first during the pandemic, said its president in Mexico, Jaime Cohen

Mercedes-Benz is an automotive company founded 135 years ago; and it doesn’t stay where it is, “not even in technology; nor in Germany ”, stated Jaime Cohen, president of the consortium in Mexico and Latin America. It ensures that the company continues to advance in technological development and seeks to bet on new trends, such as electric vehicles.

The company arrived in Mexico 28 years ago and since then it has had a growth that the CEO described as “impressive.” In the southeast, Mercedes-Benz has also positioned itself hand in hand with Prestige Motors, a group that has invested not only in facilities, he said, but also in customer service and has earned the trust of the people of Yucatán.

Given the uncertainty of the pandemic and the evident decline in markets – including the automotive one – the Mercedes-Benz network, Cohen said, came out strengthened and will continue this year with launches of new vehicles of all kinds.

This year they presented, for example, the GLS, the largest SUV they drive; the S-class, its flagship sedan around the world used by leaders of state and successful businessmen; the E-class, a midsize sedan – now not so midsize-; They will soon launch the AMG GLE Coupé 63, among other new proposals.

“We bring a range of products in which we have a lot of confidence in Mexico because the network is strong, customers continue to demand, the world, fortunately, did not stop; and neither are we, ”stated the president of Mercedes-Benz in Mexico and Latin America.

The company is strongly committed, he explained, to new technologies, including electric motors. Jaime Cohen assures that Mexico has potential, “customers continue to accept and the network continues to grow,” he reiterated.

In Yucatán, Alberto Roche, director of Prestige Motors, celebrated the acceptance of Mercedes-Benz cars has been very good since its inception. As of today, the consortium is positioned as the spearhead in the luxury car segment; trust that they appreciate quality and warmth in their service.

The market in the entity, added Jaime Cohen, is very sophisticated. From his perspective, Yucatecans are people who know about cars; and he attributes to that the good acceptance that the brand has had in the state. “They are wanted cars, people want a Mercedes,” he said.

In the face of the economic debacle derived from the Covid-19 pandemic, for Mercedes-Benz, the first thing has been the people, said its president. From the beginning they took measures so that their collaborators can work from home as much as possible; and where it was not, they adopted all the sanitary measures.

“For me, it is an example that when things are done well and the recommendations of the scientific and health authorities are listened to, it is not so bad. Our people continued healthy, fortunately, we did not lose anyone and we were one of the few companies that did not have staff reductions during the pandemic, “he said.

In this sense, Jaime Cohen acknowledged that the health contingency also brought with it many lessons to the company he directs; and even accelerated pending processes. As an example, he highlighted the digitization of its services and a series of new concepts at the service of its customers.

“Now, if necessary, they go to the homes to pick up the car and return it completely disinfected. So all that we had thought ‘maybe one day we have to do it’ the pandemic forced us to do it faster, and it worked ”.

Now what we have to do, he pointed out, is to sit down and reflect a year later on these learnings, what worked – and what didn’t – and implement it.

Cohen clarified that the automotive industry continues with many challenges derived from the pandemic, several of them logistical. At the end of the day, it is a global issue, but hard work is being done to resolve it, and he looks with optimism at the recovery of the industry – not just automotive – in Mexico.

Regarding the expansion plans of Mercedes-Benz in Yucatan, Cohen announced that news will be available soon. “We are confident in what is happening throughout the peninsula and we have a suitable partner to do it,” he concluded.