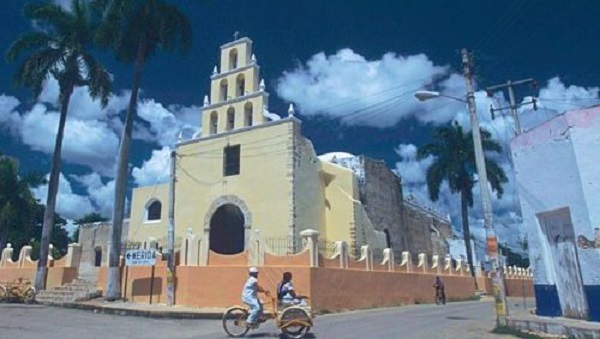 Chumayel, Yucatán, (June 08, 2021).- With the 99 percent advance of the PREP in Chumayel, Yucatán municipality, the Morenista candidate Clemente Julián Cano Chan won the majority in the election this, Sunday, June 6.

Cano Chan obtained 53 percent of the votes, against 42 percent of his closest opponent, the PRI Froylan Florentino Briceño López.

The virtual winner was singled out for having a serious criminal record in the United States, where he was even prosecuted for a charge of possession and trafficking of cocaine and heroin.

He has also been detained on several occasions by the Border Patrol, when trying to enter the neighboring country illegally.

According to an official public report from the US authorities, on February 6, 2015, the member of the Morena political party was accused of entering the United States illegally, as well as transporting and trafficking drugs, in this case, cocaine and heroin.

Julián Cano pleaded guilty before District Judge Robert E. Jones, who determined his admission to the Snake River prison in Oregon, according to a document from the Oregon Department of Corrections published by the capital newspaper Excelsior.

Another report indicates that three years earlier, on August 16, 2012, he was arrested for crossing the border without official documents.

According to the record signed by Magistrate James Metcalf, Cano Chan, then 37 years old, was arrested near Lukeville, Arizona, and was charged with violation of title 8, section 1235, of the United States Code for what that after the process he was deported to Mexico.

According to Excelsior, the Morena party does not contemplate in its statutes any type of filter to prevent people involved in crimes within and outside the country from being considered for a popularly elected position.