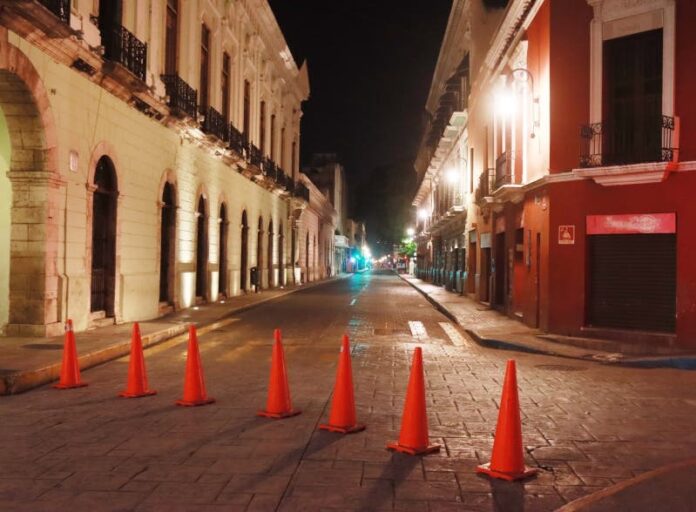 Bar licenses will be withdrawn; the capacity in restaurants and religious centers will be reduced

The atypical increase in positive cases for Covid-19 in Yucatán could be a consequence of the presence of a new strain of the virus, warned Mauricio Sauri Vivas, head of the Yucatán Ministry of Health (SSY). The state has already sent samples to the federation for analysis.

Given the increase in infections and hospitalizations due to Covid-19 in Yucatán, the state government announced three new measures: vehicle restriction from 11:30 p.m. to 5:00 p.m., licenses for bars and nightclubs suspended, and capacity in restaurants is reduced from 75 to 50 percent.

Sauri Vivas reported that, according to the statements of the agency under his charge, the state has presented a sustained increase for three weeks in its indicators to measure the Covid-19 pandemic.

On April 22, he explained, when the parameters showed that it was appropriate to change to a yellow traffic light, it was because the entity was at the minimum levels of the pandemic with an average of 60 cases a day, 18 hospital admissions, and 163 occupied beds.

“However, in just one week we passed an average of 117 to 154 daily cases detected, which represents an increase of 32 percent,” he warned.

In hospital admissions, he said, Yucatán went from 23 to 33 on average per day, which implies a growth of 43 percent; hospital occupancy increased 59 percent from 167 beds to 266, in addition to an increase of 132 beds in the last 10 days.

“As we mentioned on Thursday, June 3, when we implemented the new state epidemiological traffic light, we were in a situation of alert, since the indicators that compose it were not at critical levels, but they were in conditions to be monitored at all times. throughout the week ”.

This increase was attributed to the relaxation of measures by young people. As an example, he mentioned, in the last week young people from 16 to 39 years old contributed to 70.2 percent of infections.

“The problem is that, when contracting the virus, they infect their relatives, so inevitably some are hospitalized and there are others who unfortunately die,” he condemned.

Sauri Vivas ruled that the growth in the number of infections is atypical, so they consider the possibility of the presence of a new strain of the virus.

Faced with this situation, the state government has sent samples of the latest infections to the Institute for Epidemiological Diagnosis and Reference (Indre) to confirm or not this situation. “In any case, we still have time to take the appropriate measures to return to the stability we had before,” he concluded.