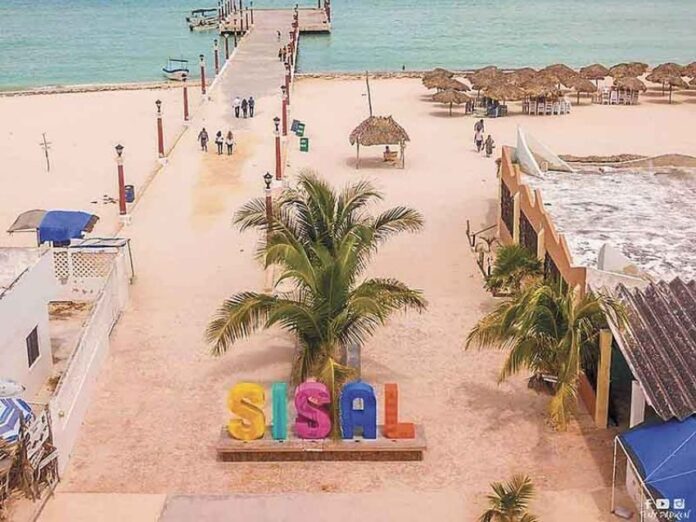 A Sisal they are offering as the new hub of tourism development in Yucatan investment groups throws their best deals per square meter of beach they even promote as a hook the recovery of coastal road between Chuburna and Sisal, as well as the expansion of the road Hunucmá-Sisal, in addition to its wide and beautiful beaches, which was that imperial port where Empress Carlota arrived in November 1865.

Why does Sisal not want to be a Magic Town?

While others cry out to be named magical towns, without having magic, Sisal screams at the top of his lungs that he does not want it, rejects it; what ignorance of the settlers, I would say more than one at a distance, from Mérida; However, when the reasons of the inhabitants are heard, we cannot turn the other way: José Novelo, a resident of Sisal, says that, to begin with, no one asked them if they wanted to be a pueblo magico.

Michelle Fridman, the Secretary of Tourism of Yucatán, who conned the inhabitants; it was easier to ignore their concerns. One day Sisal woke up as a PUEBLO MAGICO, its inhabitants did not know what that meant, how it would benefit them. No one asked them. This information was only available to those who had already bought properties, who came from abroad.

Reasons for rejection of such a bombastic appointment:

Several beaches have already been privatized where residents and visitors used to stroll quietly; Today, enraged, private guards bring out weapons to withdraw those who dare to walk in front of them, employment is precarious and the labor comes from outside, the cost of everything has risen significantly: from supplies to land and taxes. Permits for boatmen who tour visitors are more expensive, noticeable abandonment of the streets and infrastructure of the port and Hunucmá police station. By the way, the municipal seat keeps the tourist resources that are collected in the police station, that is what the neighbors say, who have not managed to be heard by the state.

According to the inhabitants, there are at least three families that already share the Sisal cake: the Legorreta Hernández, Cisneros, and Bassora; they move on another level and own most of the beachfront. Sisal is the new magical destination, so say those who know about tourism; Its inhabitants prefer to continue being just a port where they live peacefully without so many strangers walking and watching the beaches that used to be theirs.