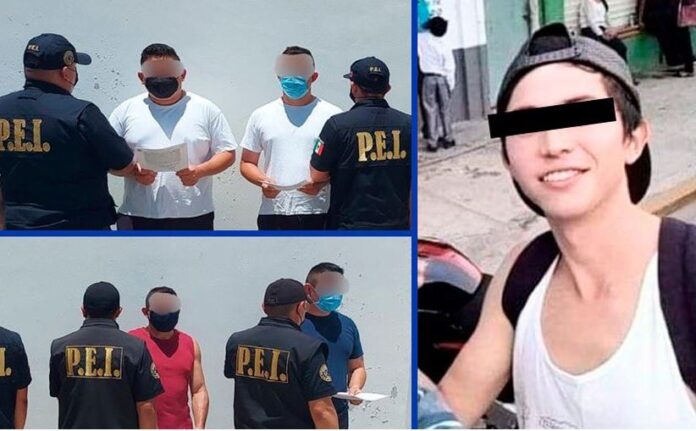 Eight Yucatan policemen have been accused of qualified homicide, they are in the judicial process and remain confined in the Cereso de Mérida, they could spend more than 60 years in jail

During the last 16 months, eight police officers from three different municipalities have been involved in crimes; They are under judicial process and are being held in the Mérida Social Reintegration Center (Cereso).

According to the State Attorney General’s Office (FGE) and the State Human Rights Commission (Codhey), three investigations for qualified homicide have been opened for these cases.

The first of the events in which municipal agents were involved occurred on April 7 of last year in Chacsinkín, when the 37-year-old body of Ronald RD was discovered. The body was found hanging in a tree on the road that connects that municipality with the town of Peto.

At first, it was thought to be suicide. However, an autopsy paid for by the family revealed that the body had multiple blows, which caused his death. In addition, relatives indicated that the man had already been beaten and tortured on several occasions by municipal police.

The complaint about the crime was filed, but the case is still under investigation. Codhey is still in the process of collecting data.

The uniformed men who participated have already been fired.

Another case occurred on December 24, 2020, four policemen of the Tecoh Municipal Police allegedly caused the death of José Luis CY, whom they arrested for scandalizing when he was in an inebriation state.

According to the investigations, agents José Amado FM, Enrique U.Ch., Alberto Ch.M. and Mauro Antonio CM, on the way from the house where he lived to the municipal jail, they beat him and strangled him, he died on the way.

The cause of death, according to the necropsy of the Prosecutor’s Office, was due to mechanical asphyxia to occlusion of the airways. The four policemen were arrested and are awaiting trial.

It is said that they could receive a sentence of up to 60 years in prison.

The most recent case was last Friday when four elements of the Mérida Municipal Police (PMM) allegedly caused the death of José Eduardo RE, a young man from Veracruz.

The eight officers charged with manslaughter committed in a gang could face a sentence of up to 60 years in prison. Qualified homicide is punishable by 40 years in prison, but when the crime is committed by a policeman, the penalty increases by 50 percent.