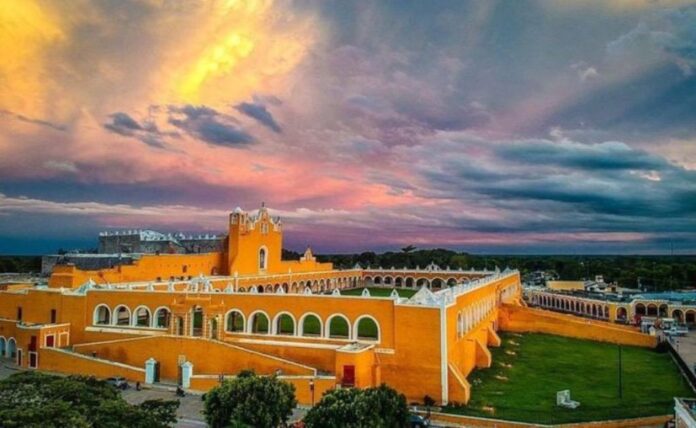 Of the 132 that exist, only 5 in the whole country register higher visits

MÉRIDA, Yuc.- With the addition of 11 new sites that were added at the end of 2020, in total Mexico already has 132 Magic Towns, but there are 5 that are the most visited and among them is one in Yucatán.

According to information from the Ministry of Tourism and Visit Mexico , the favorites of travelers are 5 Magic Towns , among which is  Izamal in Yucatán , Bacalar in Quintana Roo, Bernal in Querétaro, San Cristóbal de las Casas in Chiapas and Huasca de Ocampo in Gentleman.

Due to its pre-Hispanic past, colonial times and current life, Izamal is one of the visitors’ favorites.

Izamal comes from the Mayan Itzmal, which means ” dew from the sky “, it is also known as the City of the Three Cultures, because here the vestiges of its pre-Hispanic origin coexist, the trace of its colonial past and the harmony of its present.

The Convent of San Antonio de Padua is the architectural and spiritual heart of this Magical Town, and visiting it if you travel to Izamal is almost an obligation.

It was built on a pre – Hispanic basement of a great important sanctuary dedicated to the cult of Itzamná, known in the past as the House of Heads and Lightning.Convent of San Antonio de Padua.

The Convent of San Antonio de Padua has the largest closed atrium (made up of 75 arches) in America and the second-largest in the world after Saint Peter’s Basilica in Rome.

Inside there is a baroque-style altarpiece covered with gold bath, niches with images of Saint Lucia, the coronation of the Virgin as Queen of Heaven, a carved stone baptismal font and two carved wooden confessionals.

Izamal is not only very close to Chichén Itzá, within this Magical Town there are also vestiges of the past of the Mayan culture.

The most important of these buildings is the Temple of Kinich Kak Moo, a pyramid that has a square at its top, which researchers suggest was used to perform rites and ceremonies.

Other temples that stand out from this site are Itzamatul, which had three construction stages, and Kabul, a basement decorated with stucco masks dedicated to the Mayan god dollar.

In the Oxwatz Park of Izamal there are cenotes, lagoons, swamps, Mayan pyramids and a great quantity of flora and fauna.Oxwatz Park.

The reserve is home to 412 hectares that make up the park where you can camp, ride a bike, watch birds, receive environmental education and even learn the spoken Mayan dialect.

In the Cultural and Artisan Center, located in a 16th century mansion, there are pieces of popular art that are produced in small community workshops in the region.Cultural and craft center.

Among the most traditional crafts that can be purchased are rosaries made with coyol and henequen thorns, hammocks woven with henequen or cotton fibers, and hand-embroidered huipiles.

Tag PASS, Save time when paying at toll booths!