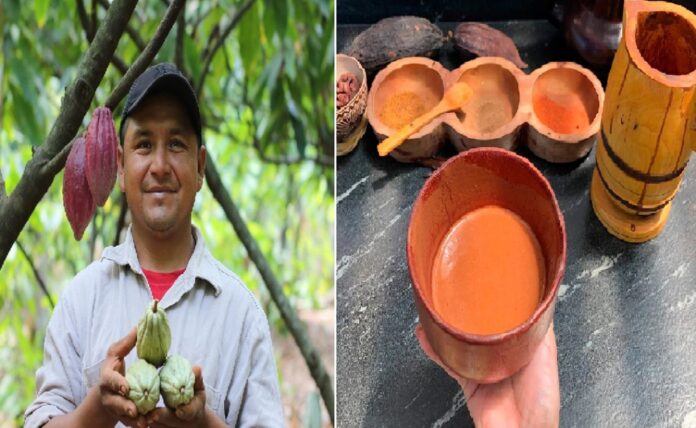 MÉRIDA, Yucatan.- Just three years ago, just in April 2019, the Senate of the Republic decided to establish September 2 as the National Day of Cocoa and Chocolate.

The story goes that the first known use of this food was by the Olmecs around 1900 BC, who drank it in vases known as “tecomates”.

Also, the Mayans used long beakers to drink this product. Based on Mayan mythology, cacao was a gift from Kukulkán to the Mayans when they created humanity made of corn (Ixim) by the goddess Ixmakuné.

The communities held an annual festival in which they honored the divinity of cocoa, Ek Chuah, where chocolate-painted animal sacrifices were made, along with offerings of cocoa, incense, feathers, and exchange of gifts.

The best chocolate in the world in Ticul

As part of the National Cocoa Day we will tell you about Ticul, a municipality nestled between the towns of Muna and Oxkutzcab, it is a space where today the finest chocolate in the country is obtained.

Mathieu Brees, a Belgian chocolatier, for 20 years has been determined to create artisan chocolate from the Yucatecan cradle, as he was convinced that the cocoa bean from his lands could create a product of excellence. In his search, he found in Ticul.

Also, it won the bronze medal in the Fantasy category, for a mixture of lime and caramelized almonds.

The award is delivered by the French Agency for Agricultural Valuation, AVPA-Paris 2021, in the International Contest of Chocolates made in their country of origin.

It should be noted that the creations of the company Ki’Xocolatl competed against 180 types of chocolate from 40 countries.

This is how today, Ticul adds to its magic and history, being the place where the best chocolate of origin in the world comes from.

With information from Wikipedia and El Heraldo de México