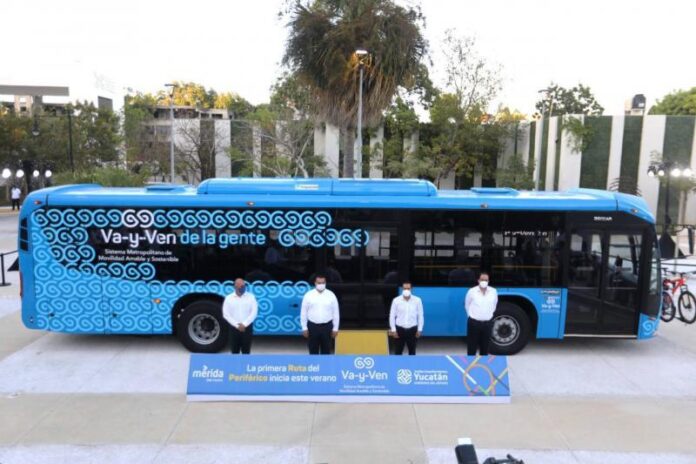 Merida Yucatan.- The company Autotransportes de Oriente (ADO) hopes that Mérida will be the pilot city for the introduction of electric buses that would start operating from 2022 and will cover routes in the peninsular area.

Eduardo Córdova Balbuena, manager of the southern region of Mobility-ADO, anticipated that the company will begin the introduction of electric buses on its commercial routes through the peninsular area.

“The ADO electric trucks will provide service from Mérida to other destinations,” revealed the company executive, who added that it is expected that it will be from 2022 when the replacement of the diesel buses that are operating now will begin to give rise to a more efficient, comfortable and safe service, as is already done in some European countries.

The first units are expected to arrive in Yucatán during the first part of 2022 to proceed with the measurement of schedules, the change process and training of the drivers who will be in charge of less polluting vehicles.

The also president of the National Chamber of Passenger Transportation and Tourism in Yucatán (Canapat) assured that the new ADO trucks will be more environmentally friendly and will be completely electric, he said.

Without specifying figures for the investment that will be allocated to this project, he said that the Yucatecan capital is expected to be one of the first in the country where the “pilot” runs for these units, which will be the most modern on the market, will begin and be established.

On another topic, he pointed out that the lifting of restrictions on night mobility in Mérida and the cities of Yucatán will allow night and early morning runs to destinations in Chiapas, Tabasco, and Veracruz that had been suspended for a year and a half to resume. In this way, he explained, in the next few days the routes to Villahermosa, Campeche, Veracruz, and Tuxtla Gutiérrez will be recovered, leaving after 11 at night.

Housing panorama of Mérida and Yucatán over 15,000 homes sold annually

Four arrested for murdering and butchering a watchman in Merida