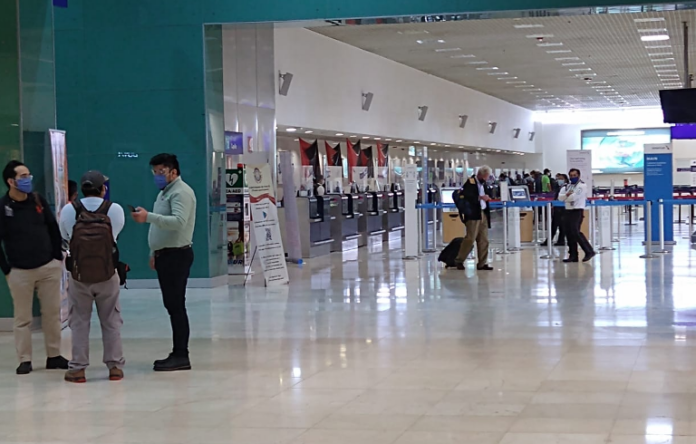 Mérida, Yucatán, (November 23, 2021).- The director of the International Airport of the City of Mérida, Oscar Carrillo Maldonado, announced that, at least at the local level, they do not have knowledge of details about the supposed new airport project.

In fact, on the contrary, they continue to make investments, in order to be able to attract double the number of passengers and guarantee that in 2022 they can receive up to 4 million people annually.

“We do not have information about the change of the airport, we continue to invest in the Mérida airport, our mission is to prepare it so that the infrastructure is efficient and to be able to meet the passenger demand that is occurring,” he said.

Currently, there are about 8 thousand people a day going to the Mérida airport, which has increased after the renovations and thanks to the high season since previously about 6 thousand 500 people are received.

Regarding the change of headquarters, he stressed that they are willing to “move” if the federal government considers it, however, the current airport has the capacity to operate for 10 more years.

“It is a decision that the federal government will make, we are positioned where the airport moves, we move there, a very important amount has just been invested in the airport to expand it, the final work will be completed next year, and that it will allow doubling the number of passengers “

Regarding the current arrival of passengers, he assured that they see a closing of the year with good numbers, and with a good influx of people.

FIGHT OF THE GIANTS: MERCADO LIBRE WILL OPEN A DISTRIBUTION CENTER IN MÉRIDA; AMAZON IS WAITING FOR YOU