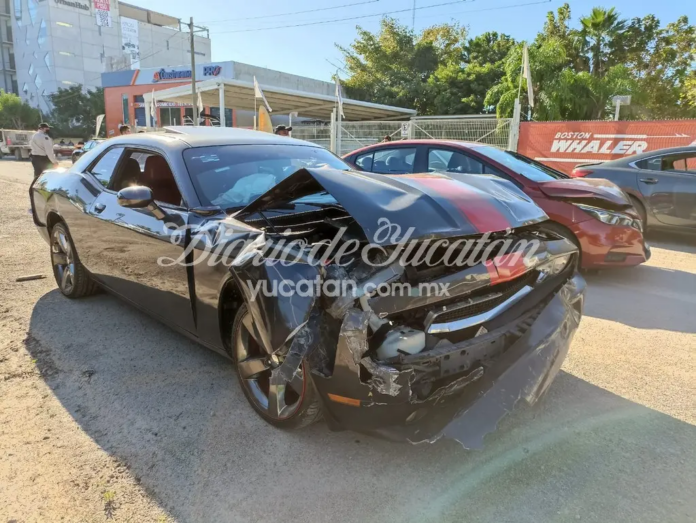 Total chaos this morning lived in the peripheral Merida, in the north, where they were recorded at the least six traffic accidents which left 30 vehicles damaged.

As is known, it is not the first time that a similar event has occurred in that area of ​​the highway, one of the busiest of the 50 kilometers that make up the Peripheral Ring.

Why the accidents in the periphery of Mérida?

The high speed and recklessness of guiders is the leading cause of accidents.

At least today, fortunately for the guides involved, there were no injured people.

At the site, it was found that the first vehicle collision occurred at kilometer 28, in the interior body, at the height of the Santa Gertrudis Copó bridge.

Three vehicles were involved there, but they were crossed in the center lanes and that caused a line of cars to form.

Long lines of vehicles from crashes

Drivers driving at high speed when they reached the top of the bridge were suddenly with the other vehicles and this led to a second accident, now involving six vehicles.

The line became longer, almost four kilometers, and on the bridge located at the height of 32nd street or García Lavín avenue, another four events were registered, one of three vehicles, another of four, one more than six and the fourth of eight cars.

The Police had to apply a road operation in the area since, as said, the line of cars extended up to four kilometers, reaching the bridge of the Mérida-Progreso highway.

Representatives of several insurance companies also came to the scene to try to reach an agreement to pay damages.