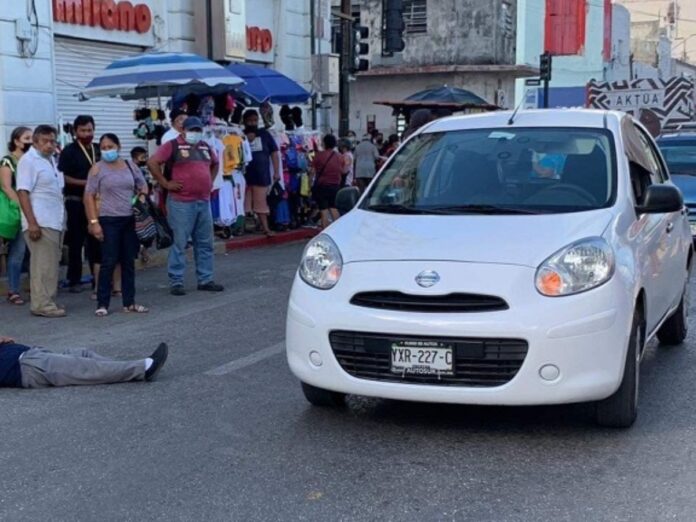 Merida Yucatan.- A man, in order to get a little money for Christmas, threw himself on a car in the Center of Mérida, but his plan went wrong since witnesses defended the motorist.

“That man always does the same to get money,” said the vendors on Calle 54 and 65 downtown next to the Lucas de Gálvez Market.

The driver of a March was traveling from north to south, at which point he noticed that a pedestrian was crossing the street without caution, for which he braked.

Moments later and when he saw that the car stopped, the pedestrian threw himself on the car and later fell to the ground, as if he had been hit.

The driver of the car claimed him because he threw himself on his car, arriving agents and paramedics from the Municipal Police of Merida who, when evaluating the man, found that he had nothing.

The motorist left the place and so did the man, as several people told the police that it is the man’s custom to get money.