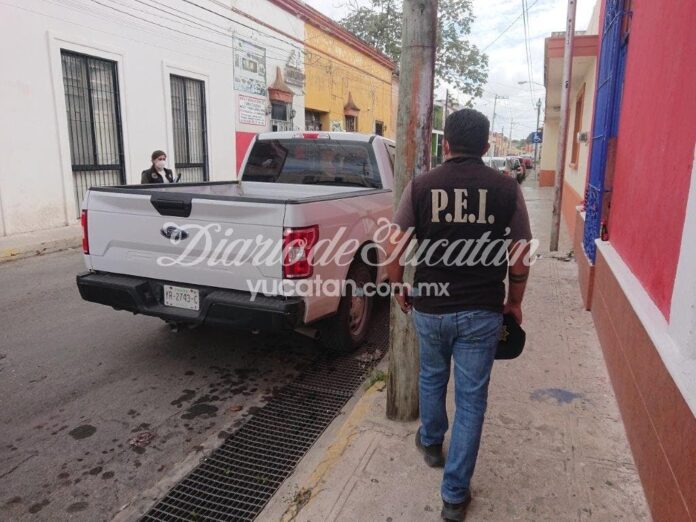 Unofficial sources of the State Police confirmed that a person from the United States was arrested as allegedly responsible for shooting a cyclist in the streets of downtown Mérida.

As we reported, the State Investigation Police searched a home in the San Sebastián neighborhood where the truck was from which they fired at the cyclist on Calle 68 between 71 and 73, a few meters from his home.

After the attack, the “gringo” continued on 68th Street until 71st where he turned towards the East, on 66th Street he turned to the right again and from there he took 73rd Street.

He passed in front of the house of the injured man until he reached 70th Street, where he turned left and was able to park his truck at the 554 property, which residents of the area used to park their vehicles.

What will they accuse the “gringo” who shot the cyclist?

Both the truck and the alleged perpetrator are already in the custody of the Police.

It is a matter of time before they put the “gringo” at the disposal of the State Attorney General’s Office and, later, of a control judge.

He is expected to be charged with attempted murder since the injured man remains in poor health in a hospital.

Man identified as a resident of Chiapas married to an American

Mérida, Yucatán, December 23, 2021.- The arrest warrant was executed this Thursday against a subject accused of shooting, last Monday, against a man who, as a result of the injuries caused today, is torn between life and death.

Elements of the Public Security Secretariat (SSP) attached to the State Investigation Police (PEI) in coordination with the State Attorney General’s Office (FGE), apprehended Alberto HR, 71 years old, originally from the state of Chiapas and married with an American woman, to make him available to the judge who requires it.

Videos and other evidence collected by PEI and FGE agents make up the investigation folder on the basis of which the detainee is being prosecuted.