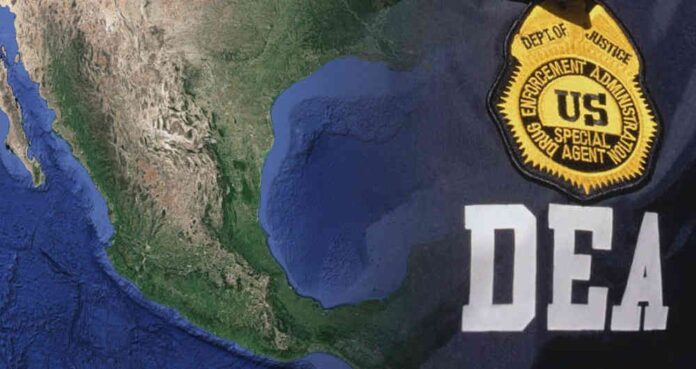 In Mexico, there are at least 150 organized crime gangs, according to the latest criminal map presented by a group of researchers from the prestigious Center for Economic Research and Teaching (CIDE).

Since López Obrador (AMLO) took power, more than 68,000 people have disappeared, and since 2006 more than 8,200 have been found in mass graves. They are not counted as homicides, because in many cases it has not even been possible to identify the bodies (there are more than 52,000 without identity) and connect them with an investigation file.

A total of 21 cartels and criminal gangs operate in the seven states of the South-Southeast region of the country, according to the report of the “Database of Criminal Presence in Mexico 2020”

A total of 21 cartels and criminal gangs operate in the seven states of the South-Southeast region of the country, according to the “Criminal Presence in Mexico 2020 Database” report, carried out by the Drug Policy Program (PPD). ) of the Center for Economic Research and Teaching (CIDE).

The study presented on May 4, 2022, reveals that the Jalisco Nueva Generación Cartel is the criminal organization with the greatest presence in the Republic, with 23 entities, covering the South-Southeast, not counting Chiapas, Campeche, and Yucatán; Center, except Tlaxcala; Bajío and part of the North of the country.

” Chiapas and Tlaxcala are the states with the lowest presence of criminal gangs,” reported the study, which reported that in states such as Guerrero, Morelos, Chihuahua, the State of Mexico, and Michoacán, they report having between 10 and 15 groups.

In this region, the state of Veracruz is the one with the greatest presence of organized crime, with 13 in total. Jalisco New Generation Cartel, Gulf Cartel, Northeast Cartel, Cartel of the Century, United Cartels, Shadow Group, New Zeta Blood, Los Antrax, New People South Command, Los Piña, Los Zetas, Zetas Vieja Escuela and the Bucanas Gang They compete for the square.

The last event was recorded on March 10 with a strong confrontation between two armed groups in Frontera Comalapa.

The ones with the fewest groups operating in their entity are: Chiapas, Tabasco, and Oaxaca. In the latter, there is a presence of the Pantoja Parada Cartel, Jalisco New Generation Cartel, and Los Chuckys; while in Tabasco there is a struggle between the Jalisco Cartel and Sangre Nueva Zeta.

In Chiapas only one

The state of Chiapas is one of those with the lowest number of criminal gangs. In this territory, CIDE only records the presence of the Gulf Cartel.

One of the hottest areas of the state is between La Trinitaria and Frontera Comalapa, border mountain municipalities, where the gateway for migrants, narcotics, and weapons is located.

The last event was recorded on March 10 with a strong confrontation between two armed groups in Frontera Comalapa. Motorists reported that a convoy of armored trucks with heavily armed civilians burst at kilometer 230 in the San Gregorio Chamic ejido.

While detonations of high-powered weapons were heard throughout the area, people took shelter where they could, only throwing themselves on the ground to avoid being hit by the crossfire.

The inhabitants of the Sierra region have not been living in peace for months now since the uprisings along the southern border intensified, incidents that are reported once a week on average.

Uncontrolled violence: just three years ago, the murder rate was half that.

In the face of rampant drug violence in some of these corners, President López Obrador has insisted that dealing with bullets with more bullets is not the solution. And his government, he alleges, is focused on promoting scholarships for young people to prevent them from ending up in the ranks of organized crime. A long-term measure that does not resolve the urgency of the daily killings. And the security of the country continues to be, after almost four years of mandate, the great pending debt.

Mexico, however, has become more militarized than ever. In addition to the usual presence of the Army and the Navy in some of the most conflictive points, the new civil-military hybrid body created by this Administration has joined, the National Guard, made up mostly of military personnel and some federal police agents. This body performs public security tasks under military orders. Although the military presence in this matter was only allowed through a change in the Constitution in 2019 that made an exception for five years. Its regularization in reform is pending before the end of the period, in 2024.

Despite López Obrador’s promises of pacification and his insistent slogan, “Hugs and no bullets,” his armed forces, including the National Guard, are as deadly as if it were a war. The lawyer and collaborator of the CIDE Drug Policy Program, Sara Velázquez, explains that the security forces continue to kill more people than they injure, despite the fact that their mission should be to seek the arrest and judicial process of the alleged criminals. . According to the fatality rate – a calculation between the civilians injured among those executed in violent confrontations with the armed forces – the balance continues to be disproportionate.

The National Guard registered a fatality rate of 1.9 in 2021, that is, almost two deaths for every injured civilian. The Secretary of Defense (Army) still had a ratio of three to one. To measure the problem, in the Vietnam War, there were four people injured for every death and in 2020 the Mexican Army had a similar rate. Researchers and experts agree that the strategy against drug trafficking has not changed much with each government. “What they did now is not publish a most-wanted list. I think it remains the same, and that is what causes changes in power relations in groups”, adds Velázquez. The hunt for the great narco leaders, the decapitation of their structures, caused the atomization of more than a hundred cells that have taken over every corner of the country. The business is no longer just drug trafficking, but any criminal activity. As a multinational, Mexican drug trafficking has diversified: gasoline theft, kidnapping, extortion, human trafficking, or theft of goods from trucks and trains. A panorama that feeds on rampant impunity,95% of crimes are not resolved, according to the latest report from México Evalúa with official data from prosecutors.