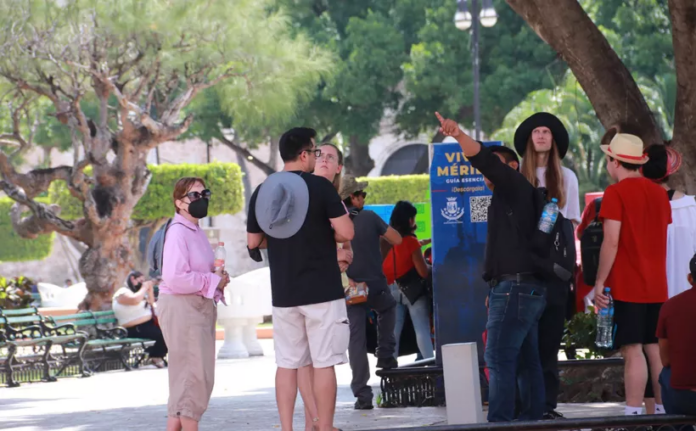 They predict 80% occupancy on weekends in Yucatan.

The Yucatecan hotel sector estimates an occupancy between 65 and 70 percent for the next summer vacation season, especially because at the moment the different segments of local tourism have already recovered and are still active, said the Tourism Business Council (Cetur ).

The president of Cetur, Jorge Carrillo Sáenz, announced that for the weekends an occupancy of up to 80 percent is estimated for the hotels in the city of Mérida, very good to increase the economic benefit of the months of July and August.

He pointed out that hotel rates in the city, despite inflation, could gradually increase from next year and stated that the inflationary spiral is also affecting the tourism sector.

He added that the flow of tourists by road that arrive in the city of Mérida, from Puebla, the State of Mexico and Veracruz has increased and this is important, therefore, it is imperative to establish that the family tourism segment can be greater for next summer vacation, when the number of family trips increases.

A good summer for the hotels of Mérida

For this reason, he insisted that the Yucatecan hotel sector expects a recovery in occupancy for the months of July and August, of up to 65 to 70 percent, as well as the weekends that are considered the high summer season.

Carrillo Sáenz, highlighted that the different niches of the Yucatecan tourist market have been recovering, a very slight segment of congresses and conventions, where in recent months there has been a rate war between the hotels in the Historic Center.

He pointed out that these have been reduced by up to 15 percent due to the lack of events at the International Congress Center (CIC), which he hopes can be recovered in the coming summer season.