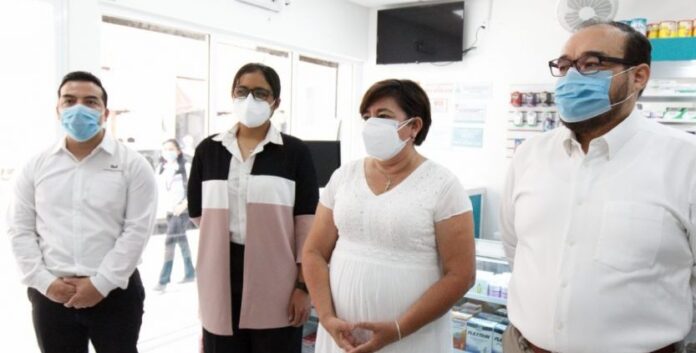 The Wilma Marín AC Foundation sponsors a clinic with a social cause in Mérida that will support the most vulnerable families, in what is the most precious asset of the human being: health.

The initiative headed by Yucatecan Senator Jorge Carlos Ramírez Marín is inspired by the values ​​of solidarity and social commitment of his mother, Wilma Marín Villanueva.

“I’m sure my mother would be very happy because we are fulfilling one of the biggest concerns she had: that people in need can receive attention as they deserve and as they should be. Here we try to close a gap of inequality, but above all to give people an opportunity to live better, “said the legislator during the inauguration of the facilities.

Users will also have access to a catalog of 180 medications starting at 20 pesos.

If they do not have one of the 30 thousand memberships that are offered at the moment, those interested will be able to receive all the services at preferential prices.

The clinic is located on Calle 60 between 63 and 65 in downtown Merida, Yucatan.

Working hours will go from 7 am to 5 pm, Monday through Friday, and Saturdays from 9 am to 2 pm.

The opening event took place on Saturday, March 6th, with the presence of Senator Ramírez Marín, his wife María Elena Granados Castellanos, his son Jorge Carlos Ramírez Granados, his sister Wilma Gabriela Ramírez Marín, his niece Wilma Gabriela Martínez Ramírez, as well as the head of the medical unit, Hermes Heredia Álvarez and Fernando López Villanueva, representative of the “Wilma Marín” Foundation, as well as part of the medical staff that will be part of this initiative.

Ramírez Marín explained that this is the first step, as it is expected that in the future it can be replicated in other municipalities in Yucatán.

For more information or appointments, the telephone number was made available: 999 399 0224.