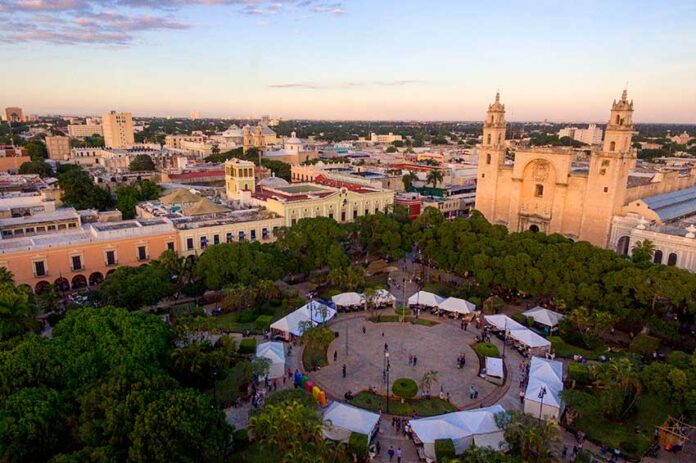 Mérida, Yucatán, has attracted the attention of people around the world as it is a tourist and investment attraction; they have four platinum level beaches, an architecture that plays with the environment and water, it is the third state in Mexico with the lowest unemployment and much more. In other words, Mérida stands out for its quality of life.

Along with the CDMX, Huixquilucan, Monterrey, and Guadalajara, it is in the best options to invest in the country. A point to highlight is that investments in housing are 50% below the price established in the country’s capital, according to studies by Lamudi Real Estate, carried out in 2018 and taking the price per square meter as a reference. In addition, the capital gain of the property increases up to 30% after the first year from the purchase.

Urban development in recent years has been notorious in the northern area of ​​the capital of Yucatán, and the construction of 580 first-rate residences is planned with an investment of 300 million pesos, according to Cristian Canto Villanueva, CEO of the company Uno Consulting.

The infrastructure is also growing with the opening of direct flights between Merida and Chihuahua. One of the latest actions in this area is the construction of the Comprehensive Center for the elderly with an investment of around 13.5 billion pesos in an area that exceeds 2,000 square meters. Mayor Renan Barrera commented that the building will have gardens, parking, occupational therapy rooms, a warehouse with materials, and a patio.

In terms of architecture, the city was founded in 1492, so you can see colonial and baroque designs, but also modern buildings. Some references are the Museo de Mundo Maya that was built in 2012 and Yucatán Country Club, considered the best subdivision to live in Mexico.

These are just some of the reasons why it is convenient to invest in Mérida, many more will be listed and explained during the REB Summit Invest in Mérida that will take place this Wednesday, March 24. The event organized by Inmobiliare and B2B Media was digital and registration was free.

Experts in the real estate sector such as Arturo Garcidueñas from 4s Real State, Raúl Naya from Grupo Gira and Beatriz Gamboa from Lago Inmobiliaria will be there to delve into the investment, tourism, and growth opportunities that Mérida offers.