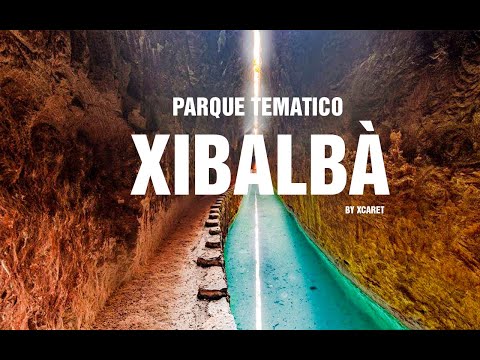 Grupo Xcaret says that the construction of its new theme park near Valladolid will soon be complete.

The attraction is scheduled to open in December and will be called Xibalba.

Xibalba park will feature a circuit of eight real cenotes connected by an artificial flowing river.

Guests wanting to spend the night will have a choice of three themed boutique hotels.

In the Yucatec-Maya language, xibalba means underworld and is closely associated with caves and cenotes.

“All park development is based on a model that ensures the conservation, promotion, and development of our natural, socio-cultural, and economic heritage for future generations,” said Grupo Xcaret in a press release.

The theme-park giant stated that it will be placing an emphasis on water treatment and solid waste disposal.

Grupo Xcaret is a major player in the Yucatán Peninsula’s tourism and hospitality industry. The company’s Riviera Maya theme parks include Xel-Há, Xenses, Xplor, and their flagship park, Xcaret.

Xcaret’s tours division also organizes day trips to archaeological sites, which it brands by placing an X in the name of the site, for instance, Xichén for Chichén Itzá.

During the past decade and a half, the company has been on a buying spree, purchasing dozens of haciendas and cenotes across the Peninsula.

However, critics of the company are concerned that the company has become too large and begun to jeopardize the region’s environment and cultural identity through a process referred to as Xcaret-ización.