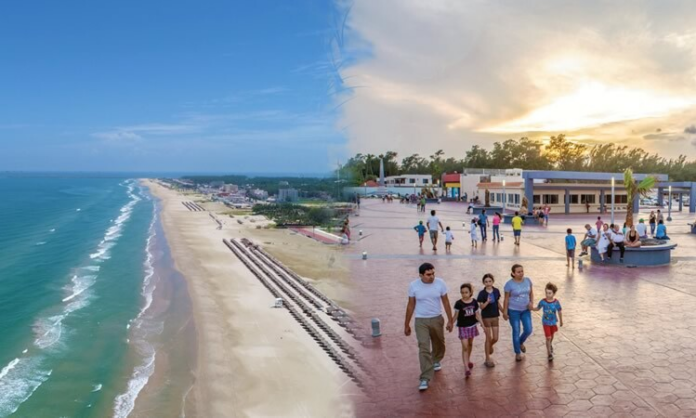 Tampico, Tamaulipas.-Tampico is one of the safest cities nationwide, so it is betting and promoting tourism, which will leave a great economic loss, said the mayor of Tampico, Chucho Nader.

“We will be promoting and strengthening the economic recovery of the area, and especially Tampico with a tourist level that has vocation and yesterday we had a meeting with the Secretary of Tourism of the State Fernando Olivera Rocha, and the visit of the National President of CANIRAC and we were talking about the different opportunities, especially in tourist places ”.

He said that they visited the municipal markets of Tampico and the urban project of the Carpintero lagoon, which they were surprised, especially that there is a supply market with these dimensions, which can compete not only with the markets of Mexico but also at the same level. international.

He commented that they are getting a good impression of the city, so much so that in the month of March CANIRAC will hold its convention in Tampico, which will bring 250 to 300 congressmen nationwide.

“Tourism is something that the governor as a server we have been promoting to achieve the reactivation and above all to have a good taste in our mouths.”

He reiterated that work continues to make Tampico host to different national conventions and even in June it is the first, which is livestock, Cebu livestock, which will bring more than a thousand farmers, then CANACINTRA and real estate, among others because they will be 6, 7 or even 8.

“There will be a significant economic spill, because Tampico is an important destination nationwide and we saw the graphs with the Secretary of Tourism that Tampico is one of the safest cities nationwide for tourism and we are even above Mérida and that. He talks about what has been done well in the southern part of Tamaulipas, strengthening security and that goes hand in hand with generating investment and wealth, tourism, which is what we are betting on today ”.

He considered that all this is going to generate an important economic spill and that is why everyone is betting on it, so that in a staggered way they recover from COVID-19 and maintain the cases, that do not increase as has been seen lately, so that tourists travel with greater peace of mind.

He expressed that they are looking for it to be permanent tourism because there is much to give in Tampico because it is the Capital of the Huastecas.