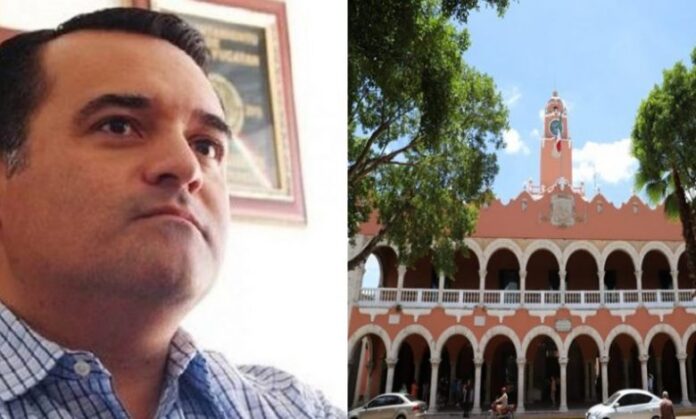 The Second District Court of Yucatán set for this Wednesday at 5:00 p.m. the seizure of bank accounts and assets of the municipality of Mérida.

The Second District Court of Yucatán set for this Wednesday at 5:00 p.m. the seizure of bank accounts and assets of the municipality of Mérida due to non-payment to Banco Santander since 2011 for 588 million 761 thousand 81 pesos and 17 cents.

According to order 84 / 2021- EXH-CIVIL, in case of not making the full payment of the debt, or not reaching a prior agreement for the payment, the corresponding legal actions will be taken, since the weekend has There have been approaches between the bank and the municipal authority in order not to affect the activities, the workers and the inhabitants of the demarcation, but at the moment there is no resolution.

“We have our greatest will and our team in the region is seeking a rapprochement with the municipal presidency so as not to fall into the embargo, and we are confident that it will be possible to reach an agreement,” the bank told MILENIO.

In March 2011, the City Council of the capital of Yucatán signed a lease agreement with the option to purchase luminaires with AB&C Leasing for the municipality, which subsequently transferred the rights of that lease to Banco Santander México, notifying the corresponding authorities.

However, that same year with the change of administration of Mérida, the bank was notified that the contract fees would not be covered, arguing that the Cabildo had not authorized the transfer of rights. From then on, a series of lawsuits began in which the City Council did not obtain a resolution in their favor.

In 2014, the Third District Judge in Civil Matters of Mexico City, Felipe V Consuelo Soto, ordered the municipality of Mérida to pay the debt to the bank, since both the contract and the transfer of rights were legal.

For eight years, the municipality legally attacked this sentence with resources and protections that were not finally granted, finally on July 29, the person in charge of the office in the Third District Court in Civil Matters of Mexico City, Silvia Danae Pérez Segovia, issued an agreement where it is notified that the municipality will have to pay or will proceed with the seizure of goods or accounts.

Meanwhile, Banco Santander assured that it is putting on the table “solution schemes that avoid reaching the embargo, in order not to impact the municipality, its activities and much less the population or workers; in fact, we have viable proposals that we are putting within the reach of the municipal authority to help ”.