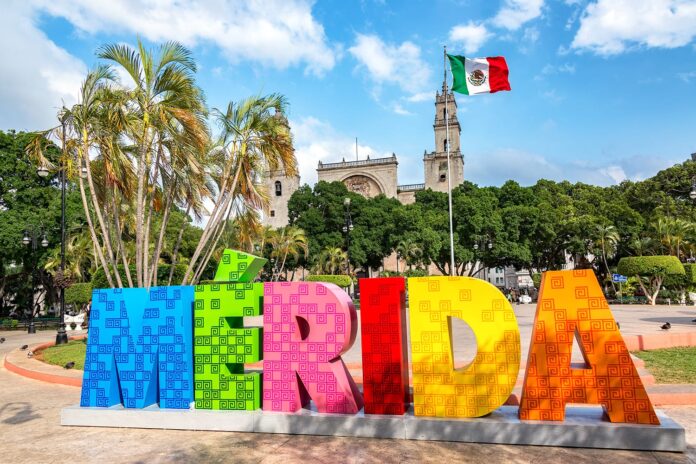 In Yucatán, homicides have greatly increased. According to INEGI data, in 1990 (Víctor Manzanilla Schaffer) there were 62 intentional murders; ten years later, in 2000 (Víctor Cervera Pacheco), there were 42. In 2010 (Ivonne Ortega Pacheco) there were 34 reported and in 2020 there were 72 (Mauricio Vila Dosal), that is, one homicide every five days: the most violent year in the history of Yucatán.

(From 2021 the data is not yet available so far this year, but the reports in PRESIDIO show an alarming situation).

With this panorama, the administration and administration of Yucatecan justice have been exposed with the case “José Eduardo”, a young man from Veracruz who came to the state in search of job opportunities. At just 23 years of age, he was beaten to death and raped, according to the complaint filed with the Public Ministry.

The case of Veracruz rape and beating has gone around the country –with international overtones ( https://elpais.com/mexico/2021-08-27/el-caso-ravelo-retoma-el-debate-sobre-la-violencia-policial -en-mexico.html ) – as an abuse of authority and power before PAN governments in “the safest state.”

This lack of awareness, a custom in authoritarian and fascist governments, has been present since the beginning of the current administration.

The case of the Veracruz man has become of national interest and the most important national media have followed it up, positioning the Yucatecan entity as a place of arbitrariness and with arrogant rulers, not as a peaceful and quiet tourist destination. I am sure that it is not the image for which Mauricio Vila pays millions of pesos every year.

I will try to make a brief chronology of the events in this case and I hope not to err on dates since there is a lot of information and not all of it is consistent:

On July 21, the Municipal Police of Mérida arrested José Eduardo for any reason; he was mistreated and imprisoned by elements of said police corporation. However, the accusations that he was beaten and raped are in the complaint filed with the Public Ministry, spiced up with videos leaked by the State Prosecutor’s Office on social networks that show the courtyard of the command, where there are jerks and blows against the young man.

The moment is also shown by taking him to his cell, dragged, with shorts or boxers. A police officer places the young man’s body on its side, apparently to avoid his death by bronchial aspiration (if the young man vomited – given his presumed degree of intoxication – he could drown and die).

Also in the video, you can see bruises or bruises on various parts of the body (there is a version that the young man was previously beaten while attending a party in Kanasín).

On July 22, he was released from the municipal jail and, through the videos leaked by the State Prosecutor’s Office, difficulty in walking away can be seen.

Between July 22 and 23, José Eduardo communicates with relatives in his home state and his mother travels to Mérida on July 24. She accompanies him to file a complaint with the State Attorney General’s Office. After evaluating him the forensic doctor, staff of the unit recommended taking him to a hospital, since his condition was serious.

The man from Veracruz was transferred by ambulance to the General Hospital “Agustín O’Horán”, which is considered one of the “best hospitals in Mexico for its constant excellence”, according to a global data research firm called Statista Inc (published in the media on March 9, 2021, with advertising paid by Vila).

When he was admitted to O’Horán, there were negligent actions by health personnel that are not very clear and that were not investigated by the Yucatecan Prosecutor’s Office.

Unfortunately, José Eduardo Ravelo passed away on August 3. The following day the news was released through PRESIDIO ( https://www.facebook.com/PresidioOnline/videos/501750580893713 ) and then other media echoed it by “going viral”.

José Eduardo’s mother made the complaint on the social network blaming the police, but no authority paid attention until she took the coffin to the Government Palace.

Then the story took a 180-degree turn, the authorities were conspicuous by their absence, and the defense attorney for the Veracruz native, who sold the funeral services, grabbed the spotlight but did not know how to handle himself and they took him out of the media “play”.

Society was inflamed by the lack of response from the rulers. It was incredible to see how a mother walked through the Historic Center of the city of Merida with her son’s coffin.

The day after he demonstrated, Mayor Renán Barrera met with the mother and the lawyer, who maliciously stated that he offered him 2.5 million pesos to silence her, but it was the lady herself who denied it on camera the next day after having met. with Mauricio Vila.

The governor, after hearing rumors that the meeting with Renán was “harsh and hostile”, in the words of the lawyer, chose to behave “conciliatory, empathetic and sensitive.”

Among so many speculations, the only real fact is that so far there is no one responsible behind bars. In the eyes of the citizens, this fact has not been resolved for two months, with so many cameras on public roads, so many witnesses and so much budget for security.

What about the local authorities who did not have the capacity to solve such a momentous case? Or only the bourgeoisie and the north of the city have the right to prompt and expeditious justice?

Do we really live in the safest state in the country? Has the heavy investment in security been of any use? What is happening with the entry of new drugs into the state?

I don’t think we live in the safest state. Today it is more common to hear about a murder. And much more frequent to hear of some suicide, assaults, and violence.

Yucatán is not only Mérida: it has another 105 municipalities and, over the years, violence and insecurity have increased. It is the entity where abuses of authority reign, each day more frequent.

I have not forgotten the tear gas canister thrown by the grenadiers of the Ministry of Public Security (SSP) in the first government report of Mauricio Vila.

Nor do I forget the repression of PRI thugs against PAN members when the “depressed passage” was built.

Today I have also been detained, without a warrant and without breaking any law, by SSP agents for the simple fact of the “modifications” to the Security Law. They saw me as “suspicious” and that is reason enough for them to search you, in some cases with blows or loss of belongings. Today when I see a patrol approaching, I don’t know what to think.

As I said at the beginning, in this last year intentional homicides have increased. However, justice is only for the bourgeoisie and the social elite: a few days ago a body was discovered in the jungle of Sierra Papacal. It belonged to a former director of Grupo Radio Fórmula Nacional and it took 2 days for it to be “resolved” and it was presumed that it was his driver who took his life. This is called “prompt and expeditious justice.”

The last question I ask myself would have to be answered by Commissioner Luis Felipe Saidén Ojeda, if it is worth tolerating that Yucatecans are poisoned with “crystal”, a drug ten times more addictive than cocaine and that is flooding our state and causing many suicides in young people.

As a conclusion, we can only sadly analyze the hard fact that in the last 10 years the number of murders in Yucatán has increased by 100% and that society could begin to “normalize” this type of event.

But, what difference does the José Eduardo case matter, if we will soon have a “Sustainable Stadium”.

Wenceslao Uc has a Degree in Political Science, Master in Financial Engineering and Diploma in Survey Design and Statistical Analysis, with work experience at Coparmex, IPEPAC, and different offices of the State Government